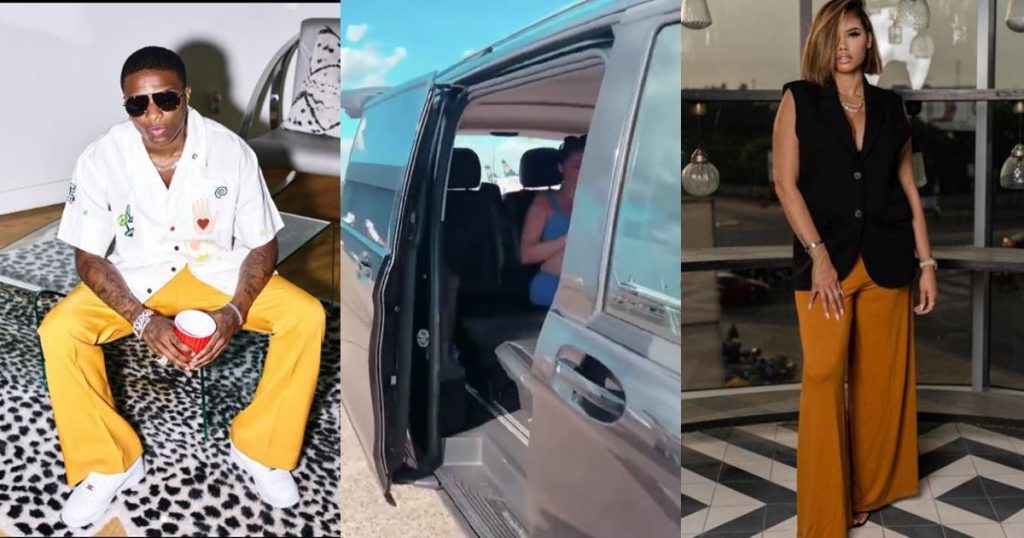 While the singer and Jada kept mute amid the rumours, fans were forced to believe the gist, especially with the recent video Wizkid shared via his Instagram stories.

In the series of videos, Big Wiz captured his son, Zion as they were jetting off to London. However, whether accidental or intentional, the camera showed a woman who seemed to be heavily pregnant seated in a car.

See the screenshot from the video below: Eagle-eyed fans have insisted that Jada Pollock is the pregnant lady.