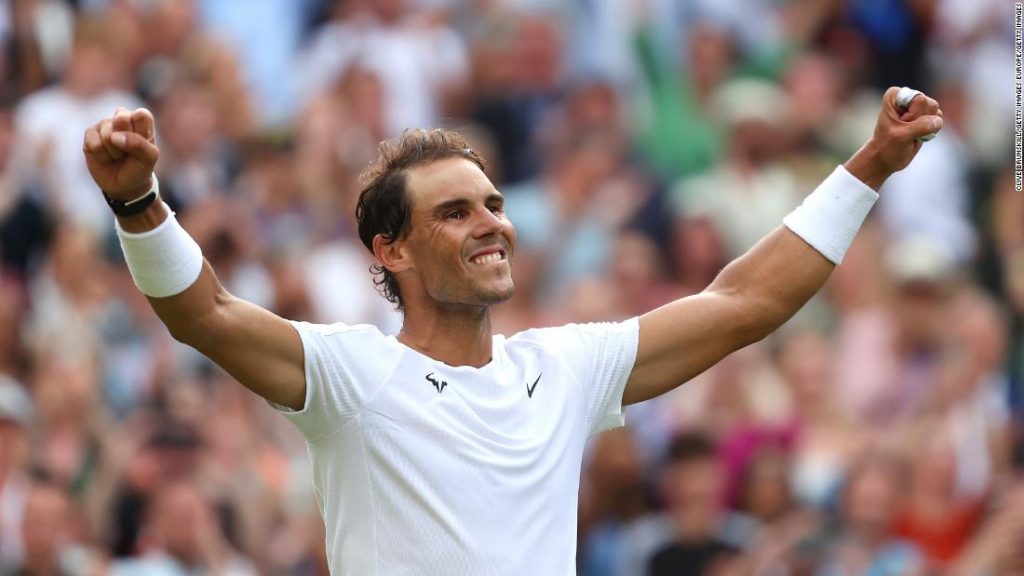 The Spaniard came through a grueling five-set epic against Taylor Fritz on Wednesday, winning 3-6 7-5 3-6 7-5 7-6 in four hours and 20 minutes, but at times looked to be struggling with an injury to his abdomen.

On more than one occasion, Nadal remained hunched over after a shot and was holding his midriff. The two-time Wimbledon champion called the trainer out for an assessment in the second set, before eventually using a medical timeout and leaving the court for treatment.

After the match, Nadal admitted he considered retiring from the quarterfinal clash.

“I am used to holding pain and play with problems. Knowing that, when I feel something like I felt, that is because something is not going the proper way in [my] abdomen.

“But let’s see. I had these feelings for a couple of days. Without a doubt, today was the worst day, has been an important increase of pain and limitation.”

Nadal played through the pain barrier to win his 14th French Open title earlier this year, receiving injections in his foot before each match. In a post-match press conference at Roland Garros, Nadal said his 21-year career had left him enduring pain “every single day.”

The 22-time grand slam champion was an injury doubt coming into Wimbledon after receiving treatment for the foot injury that dogged him during the French Open, but he has now reached the semifinals at the All England Club for the eighth time in his career.