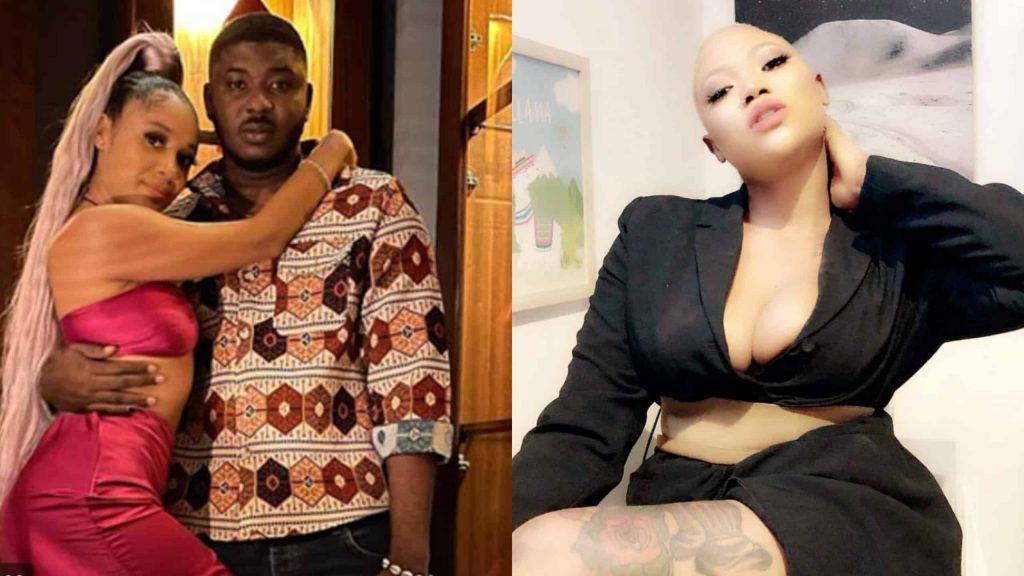 According to her, Sister Derby wasted her youth which has made it quite impossible for her to make babies at a relatively old age.

In a Snapchat update, Queen Farcadi did not only allege that David, Sister Derby’s new boyfriend, has a kid but also intimated that the ‘kakalika’ singer was barren.

She mocked her and added that the only remedy for Sister Derby’s supposed inability to make babies would be artificial insemination or otherwise.

‘When we were busy giving birth, you were busy singing Uncle Obama, now madam the time has come to give birth let’s see…or you need artificial insemination?” Queen Farcadi had written with accompanying photos of Sister Derby and David.

Sister Derby at age 37 is yet to settle down. After a failed relationship with rapper Medikal, the singer has found love in David.

However, Queen Farcadi believe age has caught up with Sister Derby and that it would only take a miracle for her to make babies.