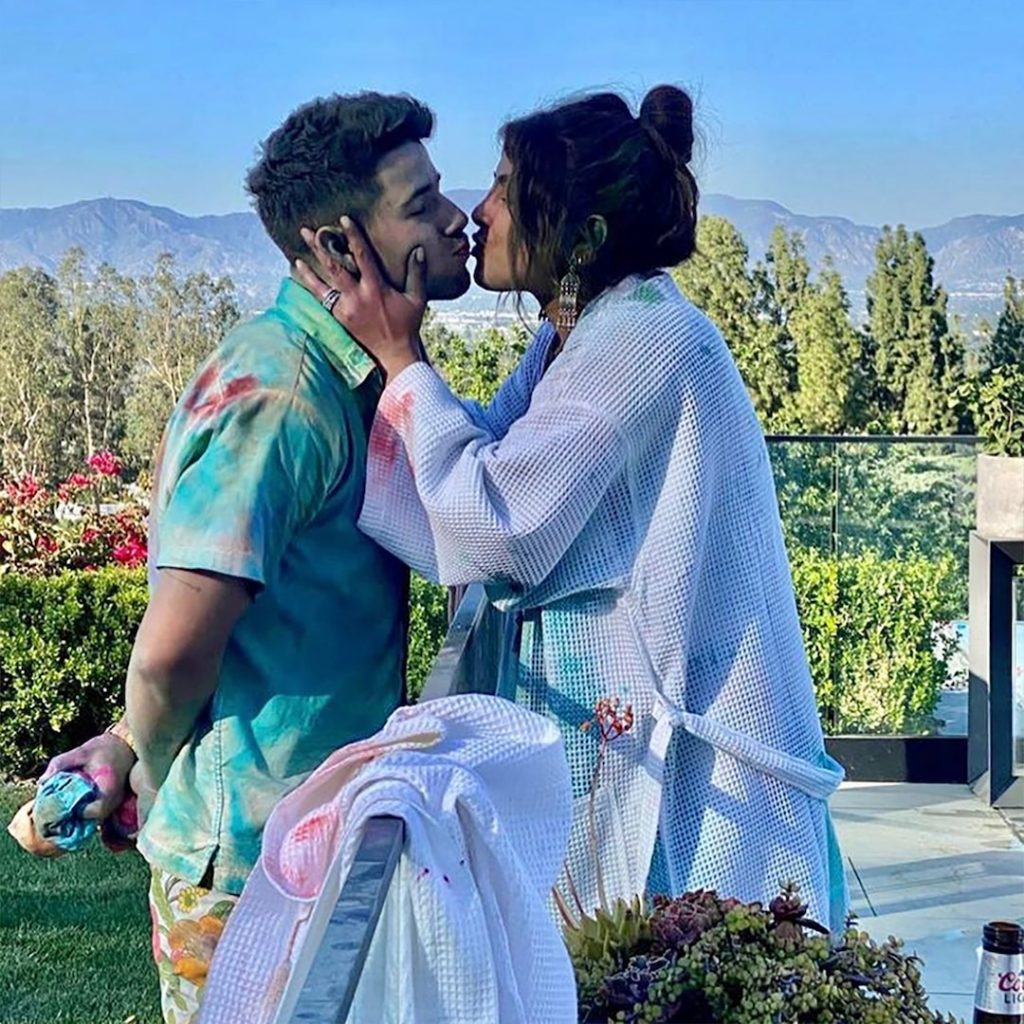 Priyanka Chopra and Nick Jonas had an extra “lit” Holi celebration this year.

The married couple celebrated the Hindu holiday at a private home in Los Angeles this week. This is their first time marking the Festival of Colors, which welcomes the beginning of spring, as parents. The festivities took place almost two months after they announced that they had welcomed their first baby with the help of a surrogate. According to multiple outlets, they are parents to a daughter.

The two have yet to share photos of the child and also opted not to include pics of the infant in a collection of images they posted from their Holi celebration.

“To be able to find some joy at a time when the world feels so scary is such a blessing,” Priyanka wrote on her Instagram. “Happy holi everyone. Thank you to our friends and family for playing holi like desi’s do! Feeling blessed. #photodump #happyholi #goodoverevil #festivalofcolours.”

Among the images posted by the actress is an adorable video of her and Nick kissing, with him getting colorful powder from his face smeared all over hers.