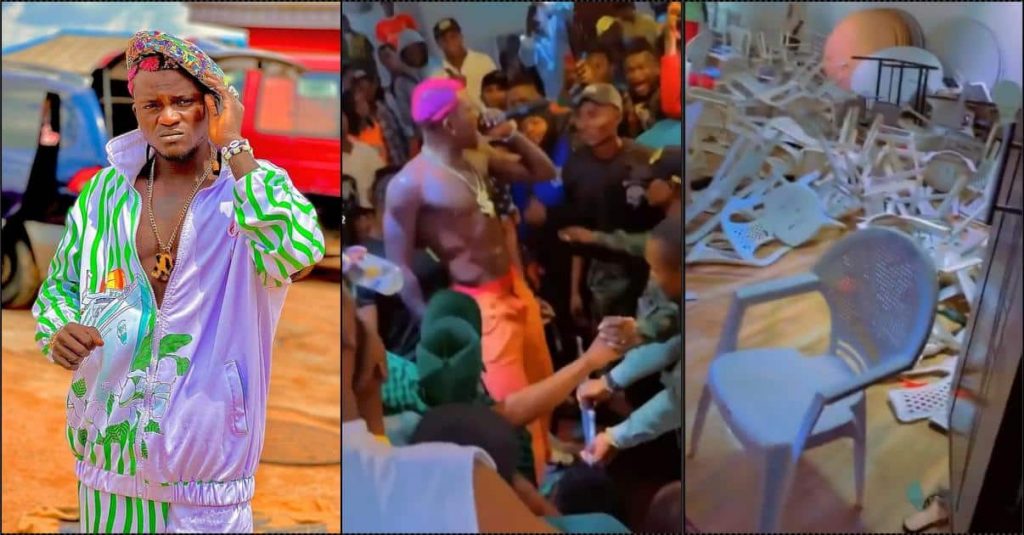 Popular Afrobeat singer, Portable Omolalomi, allegedly got involved in a fight while performing at a show in Ogun State.

This comes days after the singer escaped the controversy trailing the death of a bike rider committed by his car.

In a video making rounds on social media, the singer performed at an event that reportedly ended in chaos started by Portable.

A witness who shared the video captioned it, “Portable in Ogun State; watch what happened next. Na fight end am, everybody japa; weyrey done scatter show by himself.”

The report, however, remains unconfirmed as at the time of this publication as the singer is yet to make an official statement.