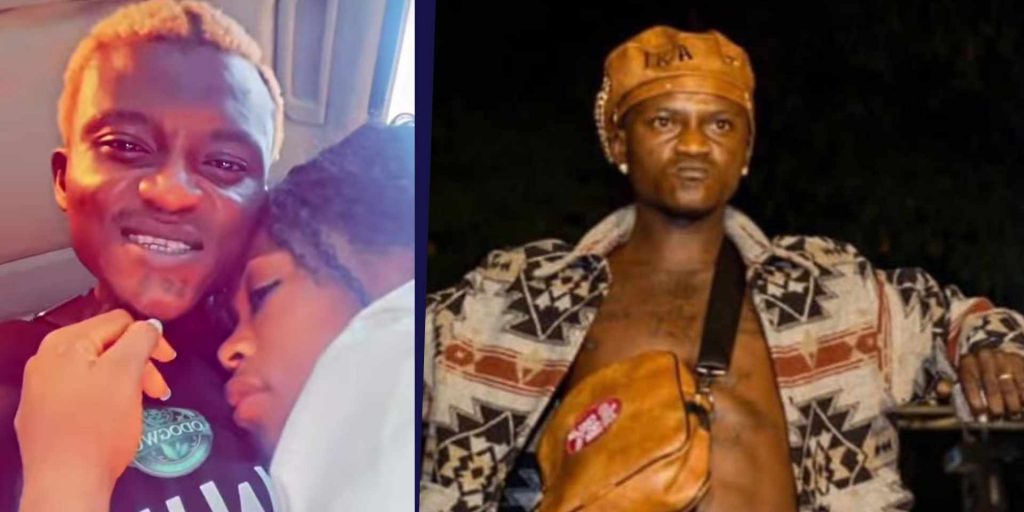 Fast-rising singer, Habeeb Okikilola a.k.a Portable, appears unperturbed by his recent setback spawned by his actions.

Noting that he doesn’t regret any of the actions he has taken so far, the singer in a loved up video with his wife acknowledged his achievements, adding that he is blessed; he’s got cars, a house, children, fans, among other things.

Also sharing another video via Instagram, he alleged that people pay money to get awards: a comment the comes hours after organizers of the Headless award disqualified him over a death threat to kill co-nominees and claims he formed one million boys cult group.

Last month, he had made a threat in a viral video to kill or cause harm to other nominees if he does not emerge winner after getting nominated for the ‘Rookie of the Year’ and ‘Best Street-Hop Artiste.

Most appalling for him, he made the rounds for another wrong reason following his claim of forming some cult groups in Lagos State

Though he apologized, the Inspector General of Police, Usman Alkali Baba, to order an investigation into the claims.