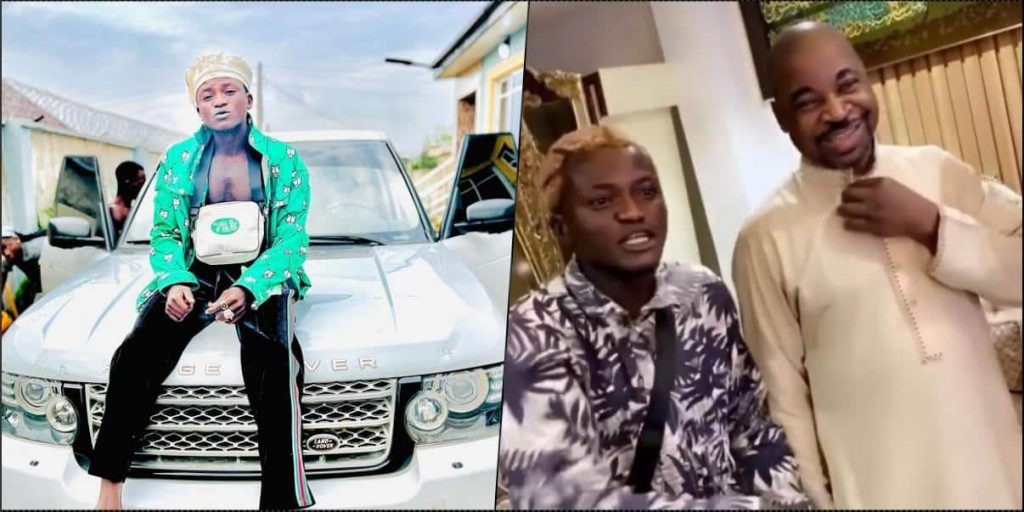 Popular singer, Portable Omolalomi receives the backing of the NURTW chairman, MC Oluomo, amidst the backlash of ‘one million boys.’

Portable had stated in a viral video that he was the founding father of the cult group ‘one million boys’ which triggered threats.

In a new video shared on his social media, MC Oluomo assured the singer’s safety at the locations where he had been threatened to stay off.

Speaking futher on their political ambition, Portable emphasized his support to the reelection of Lagos State governor, Babajide Sanwo-Olu, and the Bola Ahmed Tinubu’s presidential ambition.

“This is Lagos state, I cannot say anyone should not walk. You said he should not step foot in Agege, Lekki, and Oshodi; who are in those places if not us,” MC Oluomo said in part.