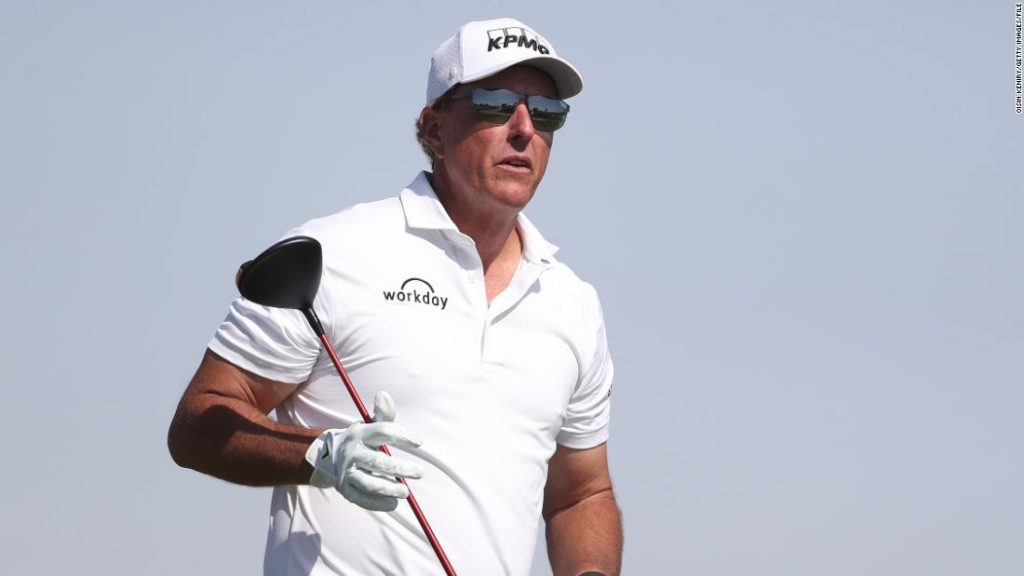 The six-time major winner, who won the last of his three Masters green jackets in 2010, said last month he would take “some time away” from golf after being criticized for comments he made about Saudi Arabia’s regime and the country’s proposed new tour.

Mickelson has been officially listed as a “past champion not playing” on the Masters website.

At the end of February, the 51-year-old apologized for his comments on the reported Saudi-backed breakaway golf tour, saying they were off the record — a claim the reporter who interviewed him has denied — and shared out of context and without his consent.

The Saudi-backed golf league is a proposed venture that is attempting to attract golfers away from the sport’s main tours — the PGA Tour and the DP World Tour — with offers of big money.

Mickelson was quoted from a 2021 interview with author Alan Shipnuck for his book, “Phil: The Rip-Roaring (and Unauthorized!) Biography of Golf’s Most Colorful Superstar,” as saying that he would consider joining the proposed Super League because it is a “once-in-a-lifetime opportunity to reshape how the PGA Tour operates.”

The American is further quoted as saying that “Saudi money has finally given us (players) that leverage” to be able to change things about the PGA.

Mickelson apologized for his “reckless” comments and said he would be taking a break from golf to “prioritize the ones I love most and work on being the man I want to be.”

A number of high-profile golfers, including Rory McIlroy, Dustin Johnson and Bryson DeChambeau, have reiterated their commitment to the PGA Tour since his comments, with Mickelson also losing a number of sponsors.

The Masters gets underway on April 7 with Hideki Matsuyama as defending champion.