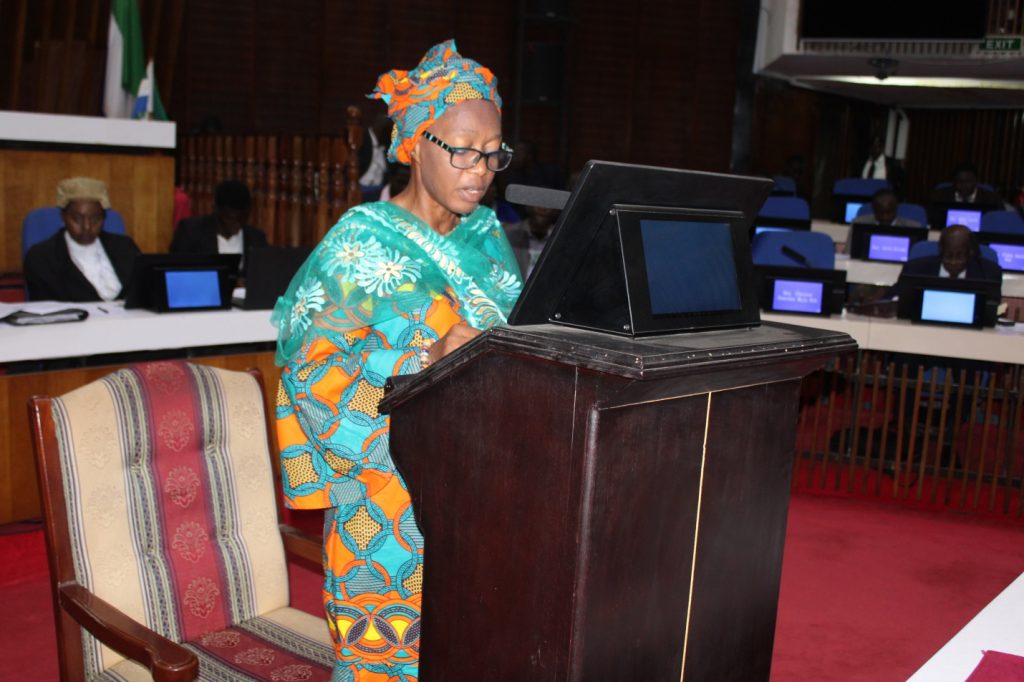 The agreement is aimed at expanding the production of purified water, alcoholic and non-alcoholic beverages in the country.

Addressing Members of Parliament, the Deputy Minister of Trade and Industry Haja Isata Abdulai-Kamara, disclosed that the agreement is intended to provide financial incentives from the new company that has taken over the company.  She revealed that the new company will invest twenty-five million dollars in order to expand production of the capacity. She intimated that the company will be producing alcoholic and non-alcoholic beverages.

The Deputy Minister also furthered that the activities of the company will commence in twenty-four months adding that, the first twelve months will be used to build infrastructure of the company. She assured that the transition from the old company to date, has been smooth as the new company has settled all of their obligations in terms of personnel and customers.

She added that the transfer of assets and liabilities of the then Grafton Water Industry to another company was a great concern to government due to the uncertainties that were created in the market for purified water.

Haja Isata Kamara continued that the uncertainties also created shortages for purified water and the resultant increase in prices.

She also noted that such uncertainties also militated against employees and customers who were engaged in the sales and distribution of Grafton pure water. She however, assured Members of Parliament that the transition from Grafton Water Company to Grafton Investment Company will help address the aforementioned challenges.

With the ushering in of the new investment, Haja Isata Kamara reassured Members of Parliament that the Water Industry especially in the Western Area will soon be ameliorated.

She added that the new company will be active in responding to the growing market demands and enhance consumer preferences.  She intimated that the Grafton Investment Company has also adopted previous employees of the former Grafton Water Company.

She furthered that the new agreement will equally provide job opportunities for Sierra Leoneans especially in the Western Area Urban. As the new company starts and expands production, the Deputy Minister of Trade and Industry also disclosed that the company will provide market access to farmers as raw materials will be purchased from farmers which will be used for the production of alcoholic and non-alcoholic beverages.

Additionally, she said the expansion of the New Company wills now save government from the importation of alcoholic and non-alcoholic products.

“Mr. Speaker Honorable Members of Parliament, I move that this Honorable House hereby, ratify the following agreement which was laid on the table of this house on Thursday the 3rd of March 2022. Agreement between the Government of the Republic of Sierra Leone and the Grafton Investment Company Limited”, she concluded.

Due to the fact that the agreement is not contentious, Members of Parliament consensually ratified the agreement.