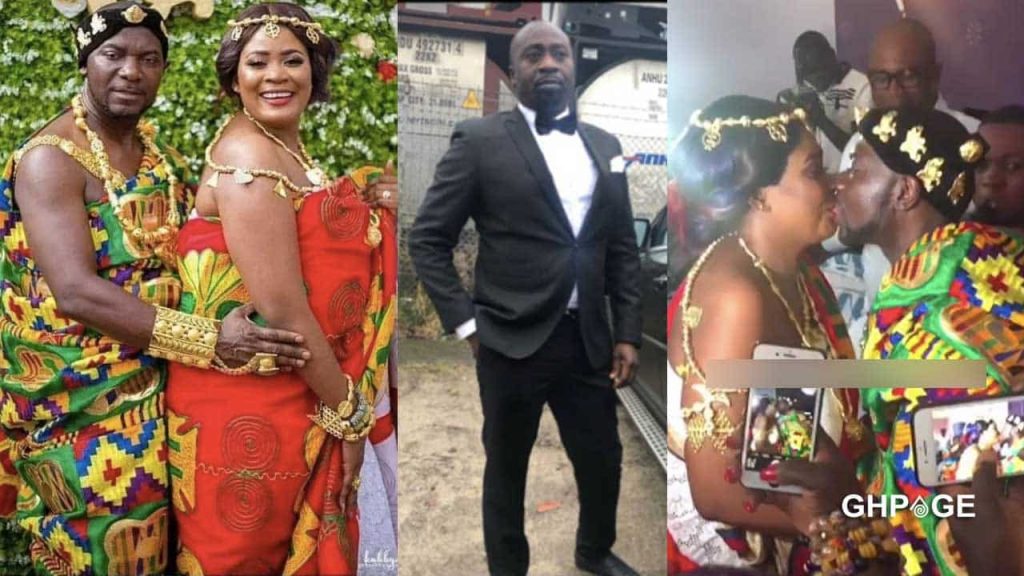 Kumawood actress Nayas and her husband identified as Nana Sarfo has broken their silence on the leaked audio which surfaced on social media a few hours ago.

In the earlier audio, Nayas was allegedly heard confessing to sleeping with one man known as Owura who is a close friend of her husband after he promised to get her an iPhone 13.

According to the audio, all these happened when she Nayas and her husband were having a marital issue and she needed a place to stay for a while until things between the two of them returns to normal.

Nayas has confirmed in an exclusive interview with Abena Gold of Ghpage TV that indeed she was the one who was heard speaking in the audio.

Her husband Mr Nana Sarfo during the interview confirmed that Owura is a friend and he described him as a satan for taking advantage of his wife’s situation to sleep with her.

Telling his side of the story, he mentioned that his wife after they got back together confessed everything to him and he has forgiven her.

He also revealed that he is surprised Owura could do that to him because his(Owura) sister was killed by her white husband for a similar thing and wonders why he also do that to someone else.

Watch the interview below:

Explaining his next line of action, he stated that the harm has already been done and there is nothing he can do but all he has to tell his friend Owura is that he has left him in the hands of God for his action.

Asked if he would press charges against his friend, he maintained that he has left it in the hands of God.