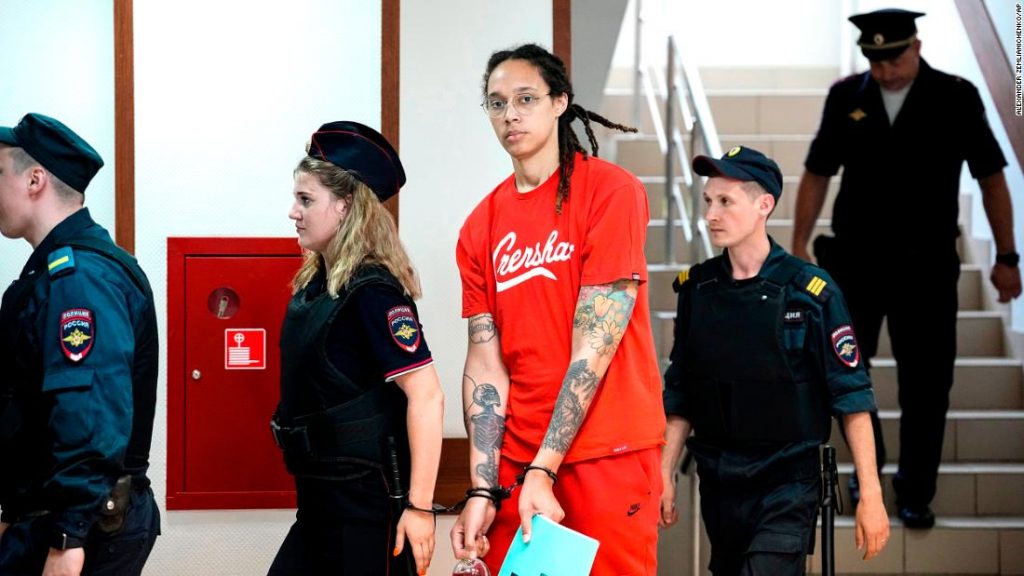 February 10, 1962: In a Cold War, Hollywood-style trade on the Glienicke Bridge between Berlin and Potsdam, two men — an American and a Soviet — walked in opposite directions across what would decades later be known as the “Bridge of Spies.”

They were Francis Gary Powers, the American pilot of a spy plane shot down over the USSR, and Soviet KGB colonel Rudolph Abel, who had served five years in the US on espionage charges.

More than half a century later, Vladimir Putin, a former KGB officer, certainly knows the value of prisoner swaps. In April, his administration freed former US Marine Trevor Reed, convicted of endangering a Russian police officer after a drunken brawl, in return for Russian pilot Konstantin Yaroshenko, convicted in the US of plotting to traffic cocaine into the US.

In relations with Russia, as with Iran and North Korea, American citizens who are not spies have been arrested and held as political “hostages,” bargaining chips to be exchanged for citizens those countries want back.

In 2018 Russian citizen Maria Butina was arrested in the US and charged with acting as an unregistered foreign agent for Russia. Five months later, former US Marine Paul Whelan, who has US, British, Canadian and Irish Republic citizenship, was arrested in Moscow on espionage charges. He claims that an FSB agent, who he had believed to be a friend, planted a flash drive with confidential information on him.

Butina served her time and was released and deported back to Russia in 2019; Whelan still is confined to a penal colony in a remote region of Russia. The US has officially declared him “wrongfully detained.” There has been no trade and Russia claims his detention is not political.

The latest case of an American classified by the US as “wrongfully detained” in Russia is WNBA all-star Brittney Griner. The two-time Olympic gold medalist, who has been held since February in a Russian pre-trial detention center outside of Moscow, is accused of drug smuggling and facing a possible 10 years in prison. Customs officials say they found vape cartridges containing hashish oil in her luggage.
Her arrest has attracted enormous attention in the US. Sport figures, women’s rights groups, LGBT organizations, as well as Griner’s wife Cherelle, have rallied to lobby the Biden administration to make a deal with Moscow. The Biden administration says it is working intensively to free her, as well as Whelan.
President Joe Biden has spoken by phone with Griner’s wife, as well as with Whelan’s family, and wrote Griner a letter that was delivered to her in Moscow. The United States’ premier private hostage negotiator, former New Mexico governor and diplomat Bill Richardson, is expected to travel to Russia in the coming weeks to discuss both Griner and Whelan’s possible release. Richardson played a role in freeing Trevor Reed.

But on Tuesday, Whelan’s family described in a statement how third-party representatives like Richardson can both “help and hinder a possible resolution of a detainee’s case.”

Such representatives “are not able to offer or agree to the concessions that are at the heart of the ongoing detention,” said the Whelan family in a statement to CNN, adding that “since they operate outside of any government, they may not be aware of discussions that are already underway between the US government and the hostage-taking nation.”

With her star quality, Griner would be a valuable asset if Putin did want a prisoner exchange, something Moscow has indicated might be a possibility. The Kremlin insists, however, she is not a hostage, that the case is being handled strictly according to Russian criminal law.

Russian media coverage, however, provides a more nuanced picture. From the Kremlin — dry, “by the book” statements by Russian officials. On Russian state-controlled TV — brief video of Griner being led into the courtroom, guarded by armed police, handcuffed to a female courtroom security officer, forcing the six-foot-nine-inch basketball star into an uncomfortable hunch. Given that only 0.25% of all criminal cases are acquittals, for Russian viewers, the visual image is likely to create an impression of guilt.
Russian drug laws are more stringent than US laws, and are enforced against Russian citizens. But Griner is accused of large scale transportation of drugs, which has a possible 10-year sentence, even though she was carrying only 0.702 grams of hash oil — less than 0.0248 ounces — which her lawyers argue was for personal use. Cannabis is illegal in Russia.
For Biden, approving a prisoner swap presents a challenging diplomatic, political and human calculus. Griner, a Black, gay American woman is being tried on drug charges in a now-hostile country. Russia has a law forbidding the dissemination of “gay propaganda” and there is widespread hostility in Russian society toward homosexuals. Russian prisons and penal colonies are notorious for harsh conditions.
Even the current conditions of confinement are difficult for a person who is over six feet tall. Griner’s wife says Brittney is transported to court — a five-hour trip — in a “very, very, very tiny cage.” In a letter to Biden, Griner wrote: “I’m terrified I might be here forever.”
Whelan has also complained to his family that the barracks in his correctional colony are unheated and that he is awakened frequently throughout the night.

And yet, experts in hostage-taking issues warn that trading a basketball star arrested with a minuscule amount of hashish oil could result in more Americans being unjustly arrested and used as hostages for future swaps.

If there were a prisoner exchange for Griner — and, perhaps, Whelan — who would Russia want back? Indications from Moscow are that it could be Viktor Bout, a notorious international arms dealer, sentenced to 25 years in a US prison, dubbed the “Merchant of Death” for fueling civil wars in Africa and bloody conflicts in Latin America and the Middle East.
Bout, a former Soviet air force officer, is suspected of having had close ties to Russian intelligence. In 2002, in an interview I conducted with him at the CNN Moscow bureau, he described himself simply as a “businessman.”

Under normal circumstances, prisoner exchanges are sensitive and delicate issues, usually best negotiated out of the glare of cameras. The case of Brittney Griner is anything but quiet and relations between Russia and the US, in the midst of Russia’s war against Ukraine, are extremely tense.

Russia’s Deputy Foreign Minister, Sergei Ryabkov, decried what he called “hype” around the case and criticized Biden’s letter to Griner, saying “this kind of correspondence does not help.”

Last week Griner pleaded guilty to the drug trafficking charge, telling the judge: “But there was no intent. I didn’t want to break the law.” That admission could help resolve the case, legal experts believe.

But this highly politicized trial is being decided in the glare of cameras and public outcry, amidst a crisis in diplomatic relations.

Russian officials say that any prisoner exchange would happen only after the verdict is announced. But this time, there is no “Bridge of Spies,” and the United States and Russia are locked in a new Cold War.