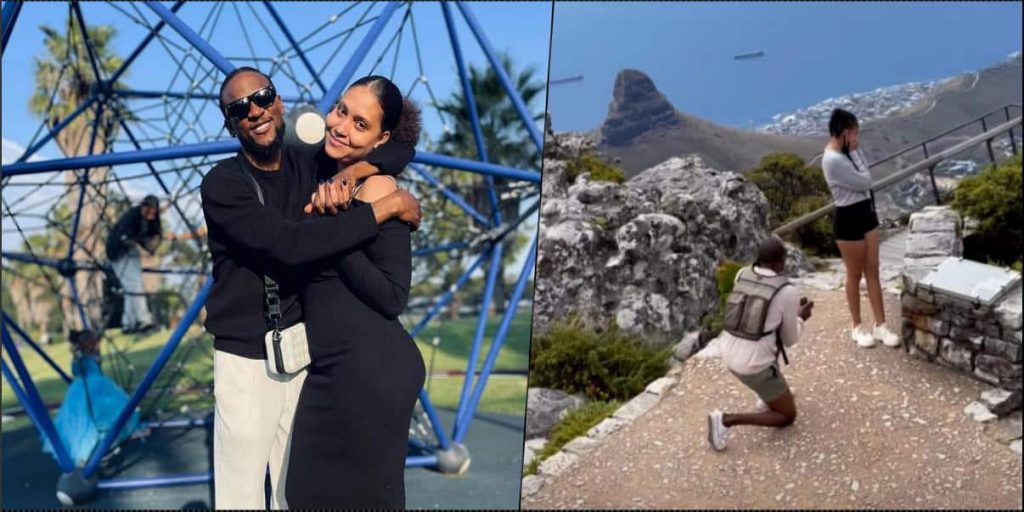 Popular ex-housemate of the BBNaija Season four show, Omashola, proposes to his fiancee a second time as he hints at marriage.

It would be recalled that the reality star once proposed to the love of his life underwater months before they welcomed their child.

Taking to Instagram to share the romantic video, Omshaola, emphasized how much his fiancee means to him as justification for renewing his proposal.

“They say when the chick is nice you ask twice 😉,
God know say my wedding go mad, I’m still thinking of the planet we going to use. Just get your oxygen ready 👩‍🚀,” he wrote.