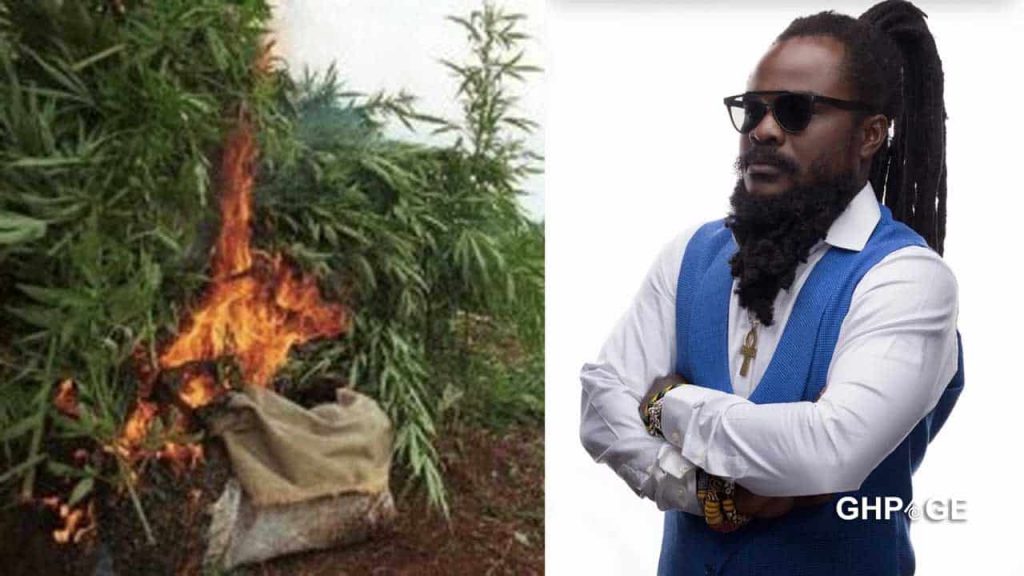 Reggae and dancehall artiste Ras Kuuku has descended heavily on officials from the Narcotics Control Commission for always burning down wee farms across the country.

According to him, the decision by these bodies to burn the hard drug is a clear indication that Ghanaians think backwards adding that if there is a better word after backwards he would gladly use it on them.

He continued that while some countries are legalizing the drug and making huge money but back here in Ghana, those in charge of that are rather burning down the farms.

“We are more than backward if there’s a word beyond backward that’s where we find ourselves as a country because in these modern times where countries are legalizing marijuana we’re here burning huge ganja farms.

“Even if we package our marijuana and export it the proceeds can be used to do a lot of roads in Ghana and we’ve been saying this for a long time but one day I know they will say that we are right from the unset,” he said.

Ras Kuuku continued that “We are crying of poverty because we need money to fix this country but we wake up every day to news of huge marijuana farms being set ablaze to just waste away whilst it can fetch us money.

“We didn’t get anything from gold, diamond too nothing, manganese gave us nothing, bauxite too the same, timber and rubber brought us nothing so the only thing we can make money from is marijuana,” he ended.