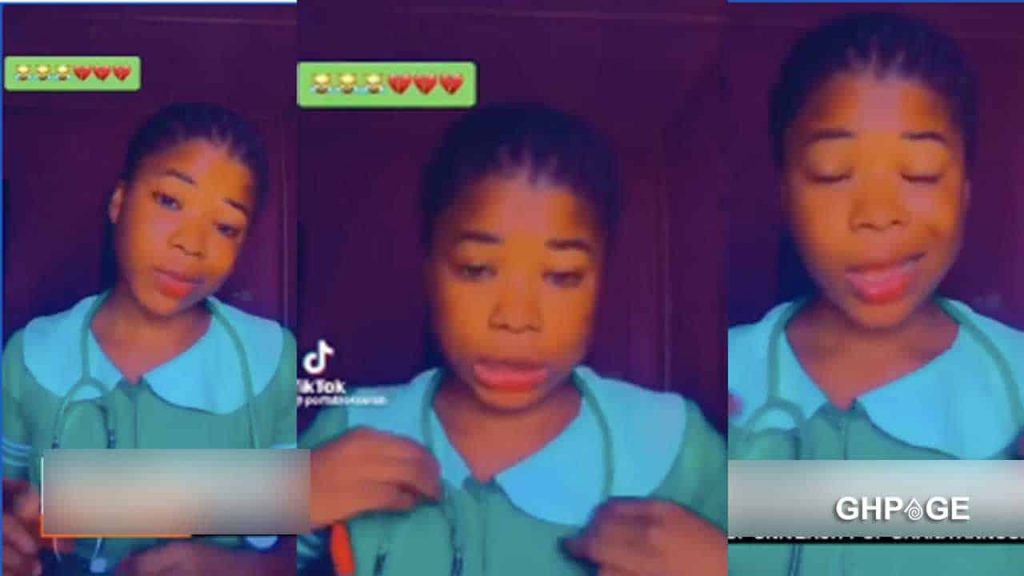 A nurse is in trouble after her Tik Tok video of killing patients went viral.

The lady who is a student nurse in one of the nursing institutes across the country in the video is heard saying that it wasn’t her intention to become a nurse in future.

According to her, she was forced by her parents to enter nursing school and she is issuing a warning to anybody that visits her hospital for healthcare to stay away otherwise they would just die.

That being said the Nursing and Midwifery Council has distanced itself from the video from the said lady indicating that it doesn’t support such an act from health personnel.

The Council in its statement also warned nurses, midwives, students, and social media users not to engage in “unprofessional and unauthorised actions” while wearing the uniform.

According to the (N&MC), “attention has been drawn to a social media post in which a putative nursing student in uniform is depicted claiming that she would murder any customer who desires her service as a Nurse because she was pushed to study nursing against her will.”

The issue of the new crop of nurses in the system has been a major topic of discussion for some people looking at how these people behave when they are called on in cases of emergency.

It is alleged that some of these nurses act unconcerned when the patient they are supposed to be taking care of complains to them and eventually leads to their death.

According to them, if the NMC can do something about this crop of new nurses coming to the system majority of deaths in the hospitals can be avoided.