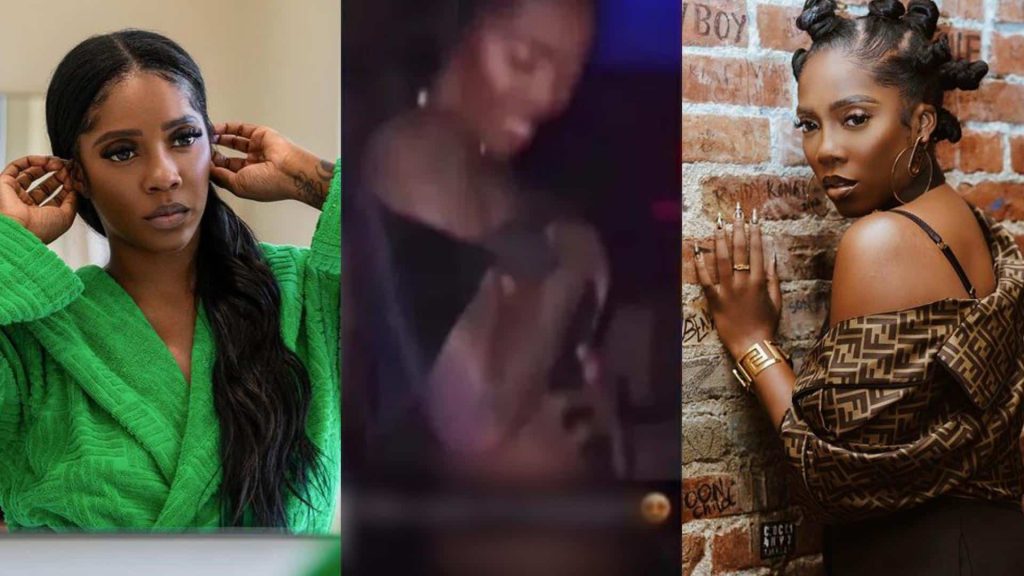 Popular singer, Tiwa Savage has been mocked by netizens after she wore a revealing dress to a party.

The mother of one, who recently revealed that her song, “Somebody’s son” was actually about Jesus and not relationship, was recently spotted having a swell time at a party.

In the viral video making the rounds online, she was seen wearing a dress that barely covered her behind as she vibed to the cheers of her friends.

The video has stirred varied reactions from social media users, some of who has criticized her for wearing such dress out.