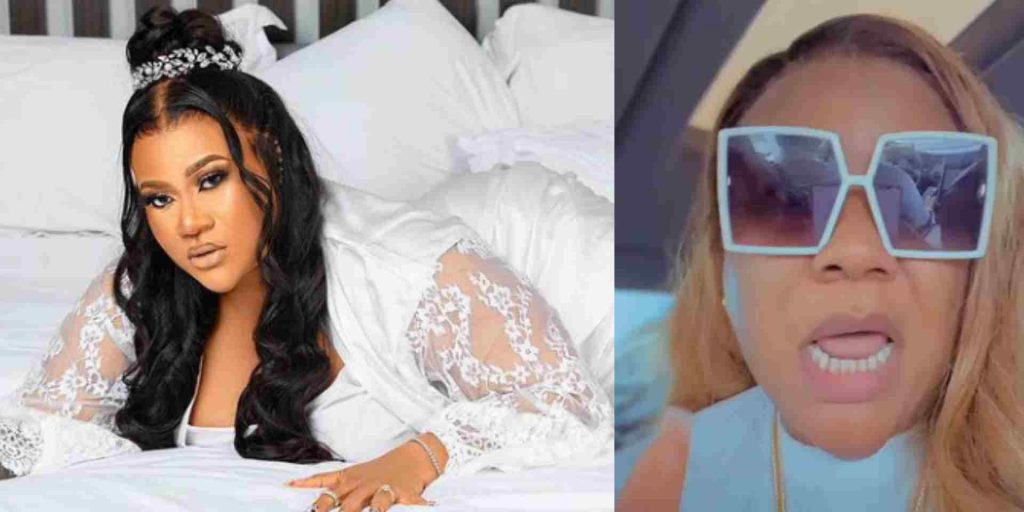 Popular Nollywood actress, Nkechi Blessing Sunday recently responded to an amorous allegation leveled against her by an Instagram user.

It all began after the actress took to Instagram to share some photos with a man whom she described as her best friend or bestie, but some followers were still not satisfied with such a nomenclature.

Following speculations that she’s currently dating the lad, Nkechi Blessing took to the photo-sharing app to issue a stern warning to followers insinuating that they’re in a romantic relationship.

The actress while fuming claimed that she has full control over her body and can do anything she wants with it.

In reaction, a man identified by his username as @trinidadstones claimed that she’s sleeping with the man despite her statement.

For clarity purposes, Docking or Dock is a slang which indicate that people are having intercourse.

In response to the comment, Nkechi Blessing who wasn’t pleased with the remark fired back by asking how it affects him.

“How that one take affect you?”

Check out their exchange below: