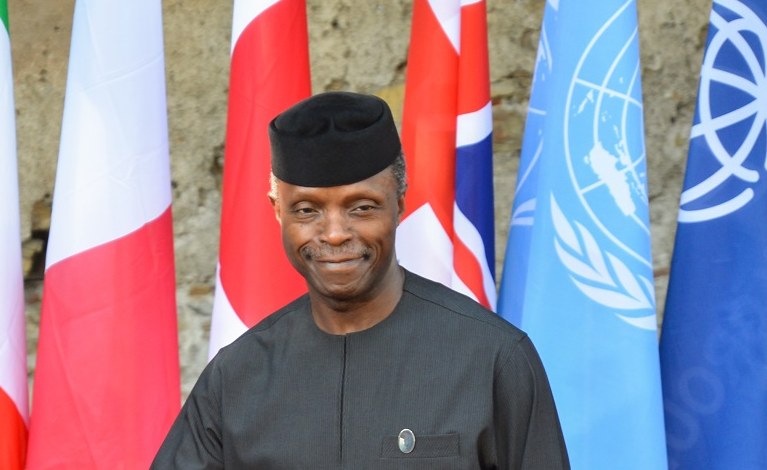 Nigerians have commended Vice President Yemi Osinbajo for undergoing a surgical procedure in a Lagos hospital.

Osinbajo’s spokesperson, Laolu Akande, had disclosed that the Vice President was in hospital for “a surgical procedure on account of a recurrent pain in the leg possibly sustained from an injury while playing squash”.

Akande later revealed in a statement that Osinbajo was admitted to Duchess International Hospital GRA.

“The operation was successful, and he is expected to be discharged within the next few days,” the statement signed by Dr Adedoyin Dosunmu-Ogunbi, Medical Director, Duchess International Hospital, Ikeja said.

Reacting to his decision to trust and embrace local medical services, a social media user, DaVinci, wrote, “It never occurred to me that he has never traveled abroad for any medical in all the years as VP. Respect! It is not by mouth, this is highly commendable doings,” he wrote.

@iam_musty echoed similar sentiments. “I never heard about Osinbajo traveling out of the country not even to Ghana or Togo for medical treatment, always patronising Nigeria hospital.

Another user, Tamuno Tonye described the Vice President as one who is committed to Made In Nigeria. “Only patriotic leaders and citizens sticks to everything Nigeria. No wonder the Nigerian Medical Association always involve him in all their administrative needs. Speed recovery your Excellency, VP Osinbajo.

Commending Prof. Osinbajo, Pacesetter Ozie wrote, “Last year, the Nigerian Association of Resident Doctors said they trust Osinbajo’s judgment. This action is evident that Osinbajo really believes in this country and that he is indeed different from other politicians.”

Osquare also praised Osinbajo for his transparency. “Pure transparency. He was admitted in a Nigerian hospital. No shame to admit sickness or undergoing surgery. Nigeria missed a chance to get it right for once. I wish you quick recovery my VP,” he wrote.

On Air Personality, Osi Suave, also lauded the VP for having his medical in Nigeria. “The VP had his surgery done here in Nigeria. Good one. Can’t lead people when you can’t use the health facilities in the country.”

Similarly, Joe Abah, director at DAI, acknowledged the fact that the Vice President has set the standard. “VP Osinbajo had his surgery done in Nigeria. As it should be,” he wrote on Twitter.

Olaoye Adetutu welcomed the decision of the Vice President to have his medical locally. Something is special about this Osinbajo, he just believes in Nigeria. Instead of him to go on medical trip he chose to treat himself in Nigeria. What a good Nigerian.

Ade Omo Akin also echoed similar sentiment. “Incredible! so we can still have a leader in the caliber of the Vice President who will need surgery, and decided to use the local hospital ! Sir, you are indeed a leader by example. Quick recovery Sir.”