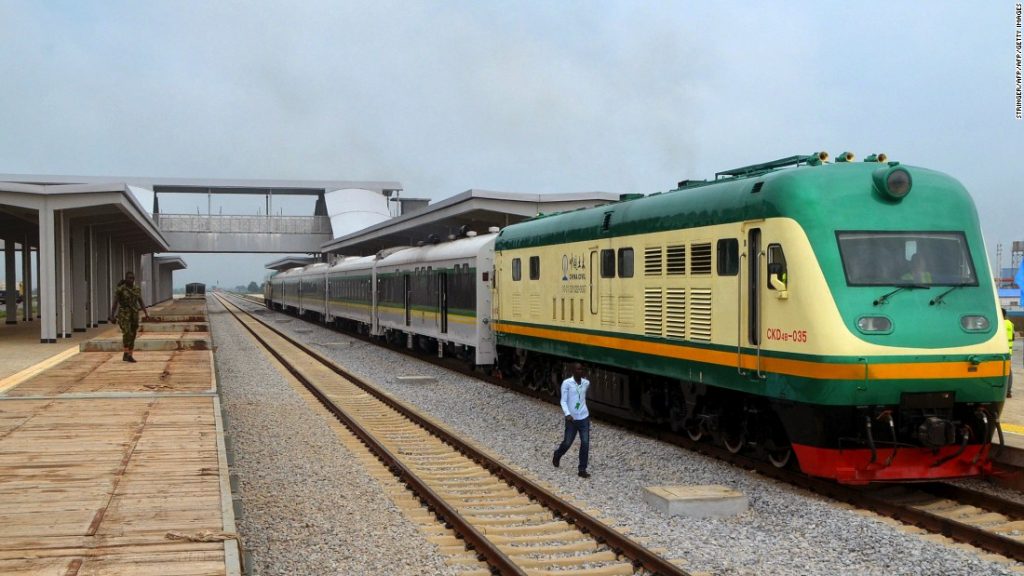 Musa Bashir Usman was one of more than 300 people traveling on a train from Nigeria’s capital Abuja to the northern city of Kaduna when it was targeted by an armed gang on Monday.

In a statement posted to Facebook by Samuel Aruwan, the commissioner of Kaduna State’s Ministry of Internal Security and Home Affairs, and signed by Muyiwa Adekeye, special adviser to the governor, the incident was described as a terror attack.

Usman told CNN Thursday that the train was hit by two explosions before the gunmen opened fire on trapped passengers.

“About 25 minutes to the end of the journey, there was the first blast. It was dark and the electrical system of the train went off… All we could see were explosion lights (fireworks). The train was still moving and within 30 seconds, there was a second explosion that derailed the train. The next thing we heard were sporadic gunshots … gunshots everywhere, through the windows,” Usman said.

After bombing the tracks, the gunmen surrounded the carriages and opened fire, said Usman.

At least 26 people were injured in the attack, according to Adekeye. An unknown number of passengers were abducted from the train, reported the Nigerian state media outlet, NAN.

The military and other security agencies are conducting search-and-rescue operations to recover the kidnapped passengers, according to NAN.

It is the second time a train has been attacked along the Abuja-Kaduna rail line in the last six months.

Chinelo Megafu, a dental surgeon, was among the eight people killed on Monday, her father confirmed to CNN.

Usman told CNN that Megafu said she had been shot after she and other passengers ran into his section of the train.

“People ran from other coaches into the coach I was in. I think she (Megafu) was among them. When she entered, she took cover next to me. And that was when I heard her say she got shot. I asked her how she knew she was shot, and she said she could feel it. I asked her to touch where she felt the pain and she said she could feel some liquid there … In that situation, there was nothing I could do except give her hope that we would be rescued.

“Someone gave her water hoping that it would revive her while I took out my seat cover and fanned her with it. From her breathing, I could see that life was gradually getting out of her. After about an hour [and] 30 minutes, the rescue team came in and began evacuation,” Usman said.

Megafu graduated from the University of Port Harcourt’s Faculty of Dentistry in Nigeria’s southern region in 2016, a faculty official told CNN Thursday.

“She was very brilliant and had a beautiful future,” one of her lecturers, Modupeoluwa Soroye, told CNN. “We are still in shock, the Faculty of Dentistry is in mourning.”

“She was one of us and so young,” Soroye added.

A friend of Megafu’s family told CNN on Thursday that she was due to have departed Nigeria for Canada this weekend.

“From that day (Monday) the incident happened, she would have been in Canada in five days to begin her Master’s program,” said Dapo Akintunde, a friend of Megafu’s father.

Ifeanyi Megafu, the dental surgeon’s father, told CNN on Friday: “I am in the thick of so many issues now, including [the] funeral… I’m trying to see how I can move my daughter out of Kaduna.”

Her death has been described by the Nigerian Medical Association as “tragic, horrific, and preventable.”

Nigerians have mourned Megafu’s death, with many expressing outrage over the country’s worsening security.

One of Megafu’s friends, Dr. Olusina Ajidahun, told CNN: “It’s sad that insecurity took her before her time. Her death is really touching. Nigeria failed Chinelo. Nigeria failed to protect her.”

The Kaduna state government has not identified the armed gunmen who carried out the attack.

In recent years, kidnapping for ransom has become a persistent problem across Nigeria.

Days before the train attack, marauding gangs known locally as “bandits” shot and killed an airport guard as they roamed the perimeter fence of the Kaduna airport, the Nigeria Airspace Management Authority told local media.

This followed a series of road attacks and kidnappings perpetrated by notorious gangs in the troubled northwestern state.

Nigerian President Muhammadu Buhari said he was “deeply pained” by Monday’s attack, calling it “callous,” while ordering the country’s military to “deal ruthlessly” with terrorists.

The Nigerian Railway Corporation announced on Tuesday a temporary closure of the Abuja-Kaduna route following the train ambush.

Nigeria’s transport minister, Chibuike Amaechi, said on Wednesday that the train services will resume “with aerial security from the Airforce” when the damaged rail track is fixed.

It’s unclear when train service on the route will resume.

The train attack comes amid a plethora of problems plaguing Nigeria as locals grapple with lingering shortages of fuel and electricity.

The weeks-long scarcity has exacerbated hardship for citizens already burdened with inflation and spikes in food prices as scant petroleum products sell for double or nearly triple the price on the unregulated black market.