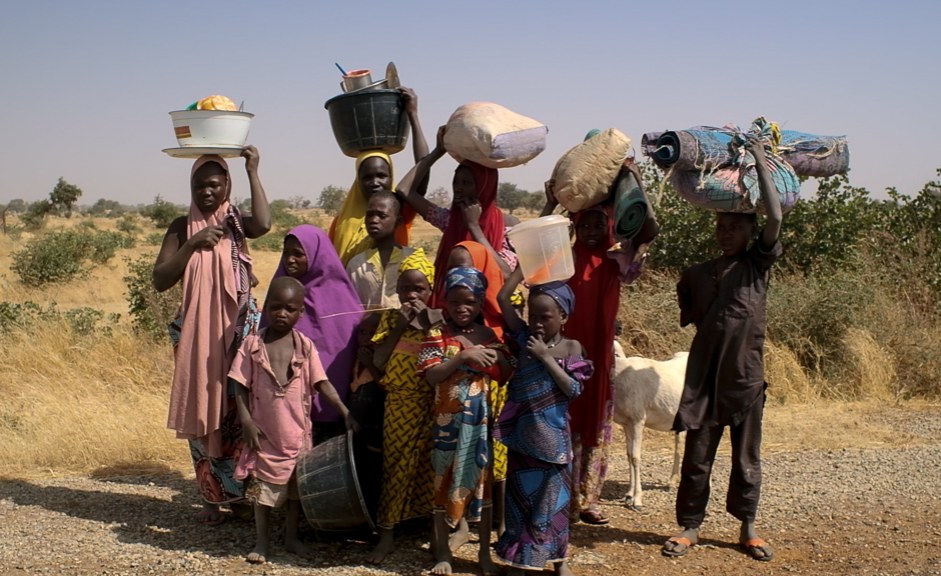 In north western Nigeria bandit gangs raid villages, attack drivers, abduct schoolchildren, and kill anyone who resists. But who are these men, and what do they want? A new documentary from BBC Africa Eye talks us into the heart of Nigeria’s worst security crisis, and brings us face to face with some of the most feared bandit leaders in Zamfara state.

Over the last decade Zamfara state, in north western Nigeria, has been engulfed by violence. Gangs of young men ride into villages on motorbikes, armed with Kalshnikovs and machetes, to burn, rape, steal, and kill. They appear on the roads without warning, shooting drivers and dragging terrified passengers from their cars to be ransomed or shot. Even children are not safe: hundreds of kids have been abducted from boarding schools across the state and held captive—again, for ransom—at bandit hideouts deep in the forests.

Thousands of people have been killed in this conflict across the north west, and close to a million more are now displaced from their homes. But despite the scale of the suffering, the crisis remains poorly understood—in part because it is so dangerous for journalists to travel in rural areas. Massacres and mass abductions make headlines, but the lack of on-the-ground reporting has left basic questions unanswered: Who are these bandits? What do they want? How and why did this violence take hold?

In an attempt to find answers, BBC Africa Eye has spent more than two years tracking down and speaking to some of the most notorious bandit warlords in Zamfara. At huge personal risk, a young Nigerian journalist and law student, Yusuf Anka, visited bandit leaders in remote encampments across the state—including one of the men who, in February 2021, abducted nearly 300 girls from a highschool in Jangebe.

The result of Anka’s journeys is this deeply disturbing documentary from BBC Africa Eye. In a series of shocking encounters with both victims and perpetrators, the film lays bare the full horror of the violence that has taken hold across the north west. It makes clear that, despite the bravery of the security forces, the Nigerian state is failing to provide basic security to many of its citizens, reveals just how lucrative the kidnap-for-ransom business has become, and warns the country that this crisis now contains elements of an ethnic conflict between Hausa and Fulani.

The film’s most dramatic revelations concern the abduction of the nearly 300 girls who were seized by bandits from a government-run highschool in Jangebe in February 2021. The bandits behind the abduction have never been caught and have never previously spoken to the media, but the BBC team tracked down one of the men who led the attack on the school. He claims on camera that the bandits were paid a ransom of 60 million Naira from the Nigerian government for the release of the girls. “What did you do with the money?” asks Anka. The reply comes back immediately: “We bought more rifles.”

The government of Zamfara state has always denied that any ransom was paid to the bandits.

The documentary also records the chaotic release of the girls back to their families in early March, and includes distressing scenes of a teenage boy—the brother of one of the kidnapped girls—dying after he was shot in the stomach. Multiple eyewitnesses told the BBC that the boy was killed by Nigerian security forces. “I remember how he raised his head to look at me while he was in that condition,” the boy’s father told the BBC. “It pains me how much my boy suffered…I am devastated.” The BBC asked the Nigerian military for comment on the killing but received no response.

‘I just go and kill them’

The film also includes the only media interview ever granted by Ado Aleru, a notorious Fulani gang leader who is wanted by Katsina police for leading a massacre in the village of Kadisau in June 2020. Aleru has been at the centre of recent controversy in Nigeria after he was ‘turbaned’ and given the title ‘Chief of the Fulani’ by an Emir in Zamfara state. Asked on camera how many people he has kidnapped, Aleru told the BBC: “My men do that; I just go and kill them.”

Aleru remains vague about his political objectives, but one of his associates gives voice to the grievances that are driving many young Fulani men to join bandits gangs. The Fulani people have always been cattle herders, the man reminds us—but cattle herding has become increasingly difficult as traditional grazing routes have been closed off and land and water have become scarce. The man says that the Fulani are systematically excluded from government jobs and other economic opportunities, and that the Nigerian air force attacks innocent Fulani herders and kills their cattle. “How have the Fulani become so worthless in Nigeria?” he asks.

‘We will silence the Fulani’

Ado Aleru and his associate are not the only interviewees to describe the violence as a conflict between Fulani herders and Hausa farmers. Anka hears the same sentiments when he visits the Hausa farming community of Kurfa Dunya in the immediate aftermath of a bandit attack in early January 2022. The government admits that 58 people were killed by bandits at Kufar Dunya, but the local vigilante militia showed the BBC a series of mass graves which, they claim, contain the bodies of more then 200 men, women, and children. “If allowed, we will kill every Fulani man, even in the town,” says one of the vigilantes, “because they killed our mothers, our fathers, our children, and dumped their bodies here.”

Across Zamfara state, Hausa farming communities have formed similar vigilante groups to defend their fields and families. But vigilantes often lack discipline, and self-defence militias can easily turn into armed gangs bent on reprisals. The BBC’s film shows the appalling consequences of one such attack in the town of Tsafe. Following a series of bandit raids in January and February 2022, a mob of Hausa vigilantes and local youth rampaged through the town burning Fulani homes and businesses. In the local hospital the BBC team found a teenage Fulani girl who had been slashed with machetes and badly burned. She told the BBC, “They set the room ablaze with all of us inside. They chased me, beating and slashing. I begged them to spare my life. I am not a bandit.”

Many Nigerians are, quite rightly, disturbed by the idea that the violence contains elements of an ethnic conflict. But that is the inescapable conclusion from listening to the voices in this film. “It’s obvious it is tribal,” says Hassan Dantawaye, a bandit leader who was among the first Fulani men to bring guns into Zamfara and take up arms at the head of a bandit gang. “If not, how can someone pass settlements but burn down only the Fulani ones? Why would a Fulani kill an innocent Hausa? Clearly it’s a tribal conflict.”

Banditry has become a business

But Dantawaye also speaks about a generation of Fulani boys who have now grown up, often without parents, among the bloodshed that began more than a decade ago. Surrounded by guns and steeped in extreme violence from early childhood, these boys represent a new and more frightening generation of Fulani bandits. For many of them, the political grievances of their elders remain vague; they are motivated instead by the vast sums of money that can now be earned in the kidnap-for-ransom industry, and by the sheer ruthlessness of the culture in which they have been raised. Banditry has become a business.

The Bandit Warlords of Zamfara offers no simple explanation for the crisis that is destroying lives across north western Nigeria. But it does reveal, with painful clarity, the human cost of the violence. There are mothers here who have seen their children slaughtered in front of their eyes, families who have been displaced from their homes, schoolchildren who are still traumatized by the nightmare of abduction and captivity. If Nigeria is ever to solve this crisis, the first step is to understand it. With this film, Yusuf Anka and BBC Africa Eye have made an important contribution towards that understanding.

The Bandit Warlords of Zamfara can be watched on https://youtu.be/g-fPEHUqhyA