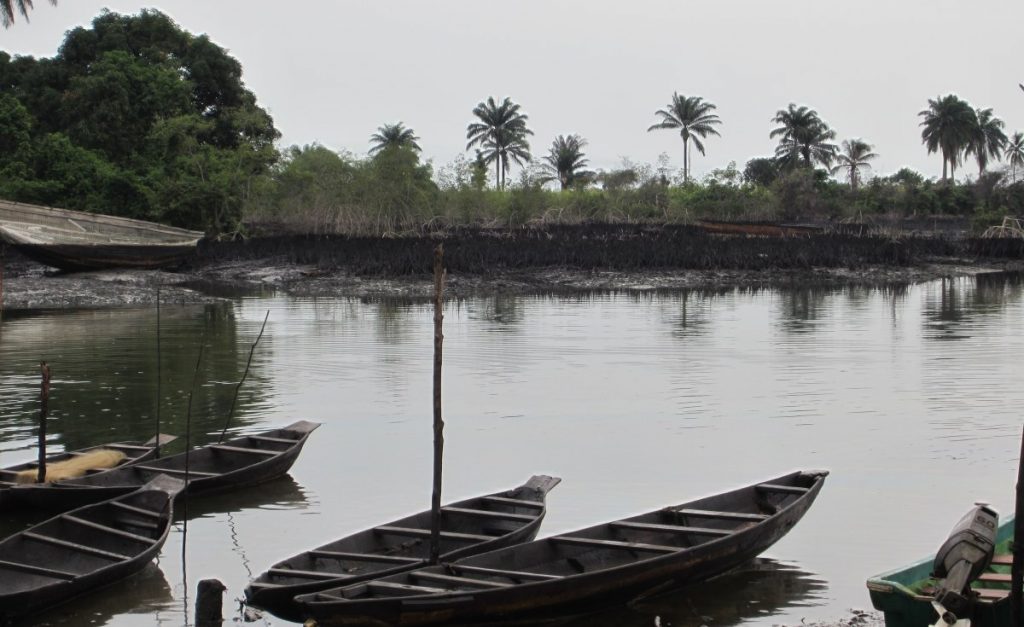 “I want to give my family the best I can afford. We cannot just stay and survive. We really want to live,” Tam G (not his real name) said. “This business really pays us; the income is good. We’re not just talking of the owners of the product, we’re talking of even the workers, they get good pay,” he told DW.

For nine months, Tam G has been running an oil refinery hidden in a clearing down a creek in Nigeria’s Niger Delta. Locally, illegal oil refining is known as “kpokpo fire.”

As a leader in his church choir and a graduate of one of the prestigious universities in the country, Tam G never thought he would end up doing kpokpo fire.

However, one year without a source of income, the pressure of caring for his pregnant wife and baby forced him to find a way out of poverty.

He called a friend who was already doing the business to train him for two months before starting his ‘venture.’ He now has seven other staff working with him.

Tam G’s ‘refinery’ is located deep in the creeks, off the grid, and inaccessible by car.

His family lives four hours away, in the state capital.

He showed us a video tour he recorded for his wife when he first set up. In the video, hot liquid can be seen flowing through a pipe into an iron barrel. “That is kerosene dropping,” he says in the clip, as he walks to another part of the camp and points to a bigger burning barrel with huge black fumes going up in the air.

“I’m taking you to the fire station, that is the tank that does the magic work.”

The refining process involves heating crude oil in metallic containers with fire for long hours until the crude separates into kerosene, petrol, and diesel.

Danger to people and the environment

It’s an operation that is dangerous to the people involved and damaging to the environment.

“The impact is that crude will be littered all over the environment and the forest is incarcerated ⁠– burnt to ashes. In an area where crude oil burns the forest, it will be difficult to recover that forest in 20/30 years,” said Iselema Gbaranbiri, Bayelsa State Commissioner for the environment.

Gbaranbiri proceeded to show us a picture illustrating how water bodies get polluted by oil. “This is caused by oil spills and once the crude gets into the water body, this is the resultant position, fish die.” Commissioner Gbaranbiri explained as he pointed to a picture of dead fish.

“Every living organism in the water body dies. Meaning, our grandchildren and great great grandchildren are coming to inherit an environment that is incarcerated, that is completely destroyed.”

Illegal oil depots like Tam G’s are common in the Niger Delta. But, with new ones springing up regularly in the bushes ⁠– it’s difficult to estimate how many they are.

Since the April explosion at an illegal bunkering site that killed more than 100 people, the Nigerian government has stepped up raids in the forests — destroying the illegal refineries and arresting anyone they catch. If found guilty, culprits could face life imprisonment.

But security agents say cracking down on these refineries is a never-ending task.

It’s a complicated business chain that starts with the people who burst open the government oil pipelines and steal the crude.

Next, they sell to the illegal refineries, who then refine the crude and sell the products to retailers like filling stations.

Unregistered refinery operators like him have a thriving business because of the substantial local demand for their products. For example, most people in the Niger Delta use kerosene for cooking.

Although Nigeria has three state-owned refineries, none of them is functioning.

So, Africa’s biggest oil producer exports oil in its raw form and imports refined petroleum products from other countries — a system that activists like Morris Alagoa argue has been sustained for decades because of corruption.

“The oil companies are undervaluing the export volume and then paying some people for that,” Alagoa said.

“The security agencies at the export terminals are also collecting their own and then even the NNPC (Nigerian National Petroleum Company) officials,” the environmental and human rights activist told DW.

“So, what they’re doing in the creeks is just a tip of the iceberg — the big thieves are at the export terminals.”

For years, the Nigerian government has promised to legalize these local refineries and set up refining hubs in the Niger Delta, but nothing has been done yet due to corruption.

As long as there are no legal working refineries, Nigeria will continue to lose billions of dollars annually to oil theft. While young people, such as Tam G, faced with unemployment, are left with no choice but to go into the dangerous business of Kpokpo fire.

“It is dangerous, but life itself is risky. It’s a risk, but we just bear it,” Tam G says, laughing.

Since he started the business nine months ago, security agents have raided and destroyed it four times. Tam G said if he could work uninterrupted for another nine more months, he would be able to build a house for his family and transition into a different business.