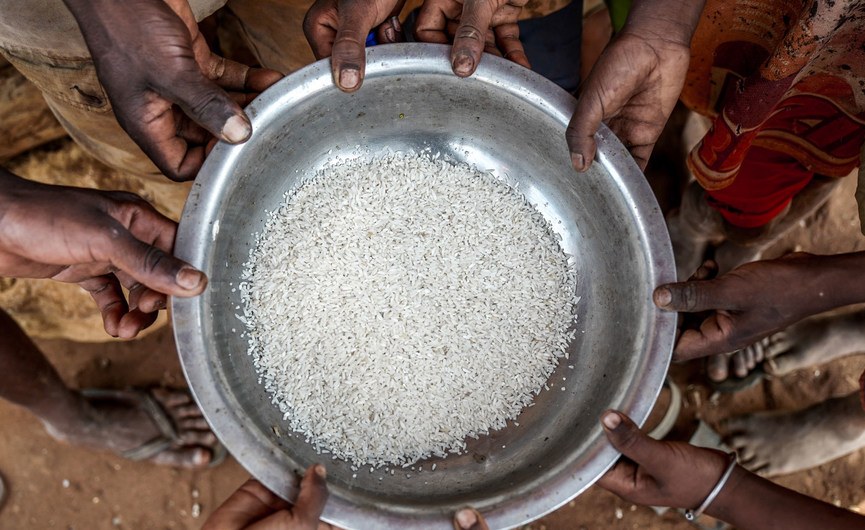 A report by the Food and Agriculture Organisation (FAO) and the Nations World Food Programme (WFP) has categorised Nigeria, Ethopia, South Sudan, Yemen, Afghanistan and Somalia among the hunger spot countries with “highest alert” for catastrophic conditions.

These global agencies in their latest acute food insecurity report stated that these six countries have population facing IPC Phase 5 ‘Catastrophe’ or at risk of deterioration towards catastrophic conditions, with up to 750,000 people facing starvation and death.

They warned that 400,000 of these people are in Ethiopia’s Tigray region, which is the highest number on record in one country since the famine in Somalia in 2011.

They also issued a stark warning of multiple, looming food crises, driven by conflict, climate shocks, the fallout from the COVID-19 pandemic, and massive public debt burdens exacerbated by the ripple effects of the war in Ukraine which has pushed food and fuel prices to accelerate in many nations across the globe.

“These shocks hit in contexts already characterised by rural marginalisation and fragile agri-food systems.” they added.

The report warned that the war in Ukraine has exacerbated the already steadily rising food and energy prices worldwide, which are already affecting economic stability across all regions, pointing out that the effects are expected to be particularly acute where economic instability and spiraling prices are combined with drops in food production due to climate shocks in the form of recurrent droughts or flooding.

The Director Generao of FAO, Mr. Qu Dongyu, said: “We are deeply concerned about the combined impacts of overlapping crises jeopardising people’s ability to produce and access foods, pushing millions more into extreme levels of acute food insecurity. We are in a race against time to help farmers in the most affected countries, including by rapidly increasing potential food production and boosting their resilience in the face of challenges.”

Similarly, the Executive Director of WFP, Mr. David Beasley, warned that “we are facing a perfect storm that is not just going to hurt the poorest of the poor – it’s also going to overwhelm millions of families who until now have just about kept their heads above water. Conditions now are much worse than during the Arab Spring in 2011 and 2007-2008 food price crisis, when 48 countries were rocked by political unrest, riots and protests. We’ve already seen what’s happening in Indonesia, Pakistan, Peru, and Sri Lanka – that’s just the tip of the iceberg. We have solutions. But we need to act, and act fast.”