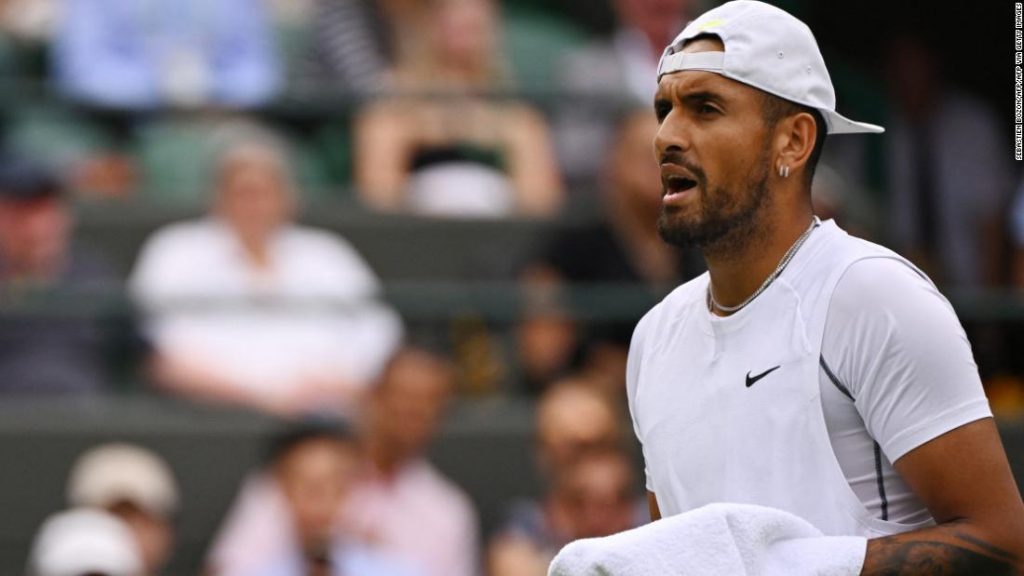 The Australian, who beat Chile’s Cristian Garín in straight sets to reach the semifinals, has been summoned to court next month in Canberra after allegedly assaulting his former girlfriend late last year, according to Australian news reports.

When asked about the incident after his latest win, Kyrgios said he had been advised not to speak openly about the case but that he was keen to tell his side of the story.

“Obviously, I have a lot of thoughts, a lot of things I want to say, kind of my side about it,” he told reporters.

“Obviously, I’ve been advised by my lawyers that I’m unable to say anything at this time.

“I understand everyone wants to kind of ask about it and all that, but I can’t give you too much on that right now.”

After his theatrics early in the tournament — which resulted in a fine and led to Stefanos Tsitsipas saying the Australian had an “evil side” to his character — Kyrgios’ quarterfinal match was more subdued and the 27-year-old relied on his skill and mentality to reach his first grand slam semifinal.

Reports of the court summons broke a day before he took to the grass court and, after saying it hadn’t really affected him, Kyrgios said it had been difficult.

“Didn’t really affect me at all, to be honest with you,” he said. “Obviously, seeing it — I’m only human.

“Obviously, I read about it, and obviously, everyone else was asking questions. It was hard. It was hard to kind of just focus on the mission at hand.

“It was quarterfinals of Wimbledon today. I know deep down that’s what I was prepared for. It didn’t really affect my preparation at all.

“I knew I stayed true to myself and gave my best performance today.”

Barrister Jason Moffett, who is reportedly representing Kyrgios, told The Canberra Times, which first reported the news, that he had been briefed on the court summons, which was “in the context of a domestic relationship.”

“Given the matter is before the court … he doesn’t have a comment at this stage, but in the fullness of time, we’ll issue a media release,” Moffett added.

Amid reports that Kyrgios had been officially charged, Kyrgios’ legal representation clarified in a statement sent to CNN: “At the present time, the allegations are not considered as fact by the Court, and Mr Kyrgios is not considered charged with an offence until the First Appearance.

“Until the Court formally accepts the Prosecution will be proceeding with a charge, and that the charge before the Court is to be applied to the person summoned to appear, it may be misleading to the public to describe the Summons in any other manner than a formal direction to appear to face allegations, the precise nature of which is neither certain at this moment nor confirmed by either the Prosecution or Mr Kyrgios.”

Kyrgios is set to play Rafael Nadal in the Wimbledon semifinals on Friday.