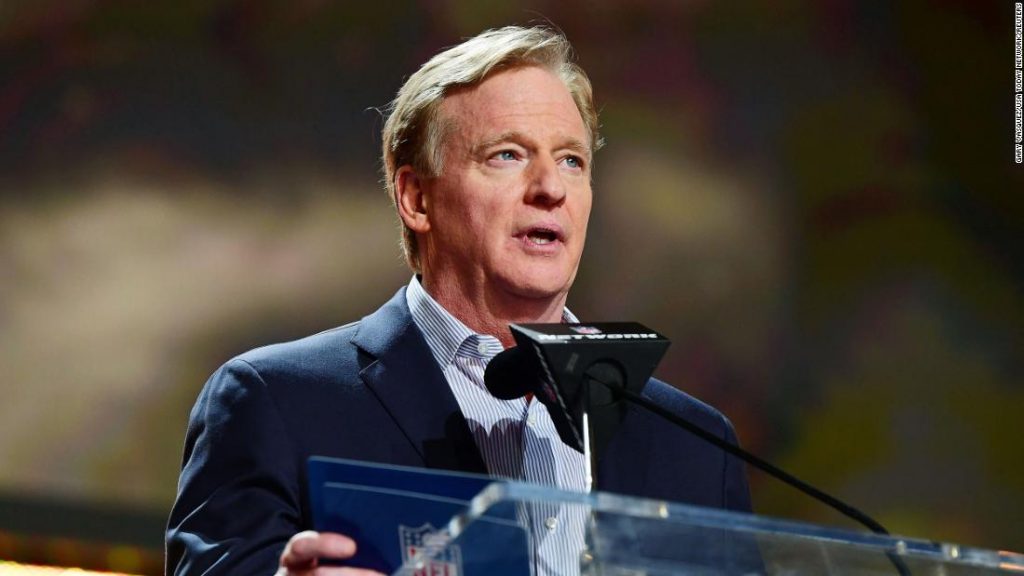 At an owners meeting in Minneapolis, Goodell spoke about the NFL’s appeal of the suspension given to Watson last week by former federal judge Sue L. Robinson, the independent disciplinary officer jointly appointed by the NFL and NFL Players Association to rule on the matter.

When asked why the league continues to seek a harsher punishment for Watson, Goodell said, “Because we’ve seen the evidence. (Robinson) was very clear about the evidence, she reinforced the evidence that there was multiple violations here and they were egregious and it was predatory behavior.”

“Those are things that we always felt were really important for us to address in a way that’s responsible,” Goodell continued.

Robinson ruled Watson violated the NFL’s personal conduct policy in private meetings with massage therapists while he was with the Houston Texans.

The former judge issued a 16-page ruling saying no NFL player accused of non-violent sexual misconduct, as Watson has been, has received a suspension longer than six games.

“While it may be entirely appropriate to more severely discipline players for nonviolent sexual conduct, I do not believe it is appropriate to do so without notice of the extraordinary change this position portends for the NFL and its players,” she wrote.

Watson has repeatedly denied the accusations.

“I’ve never assaulted, I never disrespected, and I never harassed any woman in my life,” Watson has said. “I don’t have any regrets.”

A three-time Pro Bowler, Watson did not play last season while with the Texans because of a trade demand as well as the investigations into these allegations.

Earlier this year, the Browns traded three first-round picks for Watson and then signed him to a five-year, fully guaranteed $230 million contract, the most guaranteed money in NFL history.