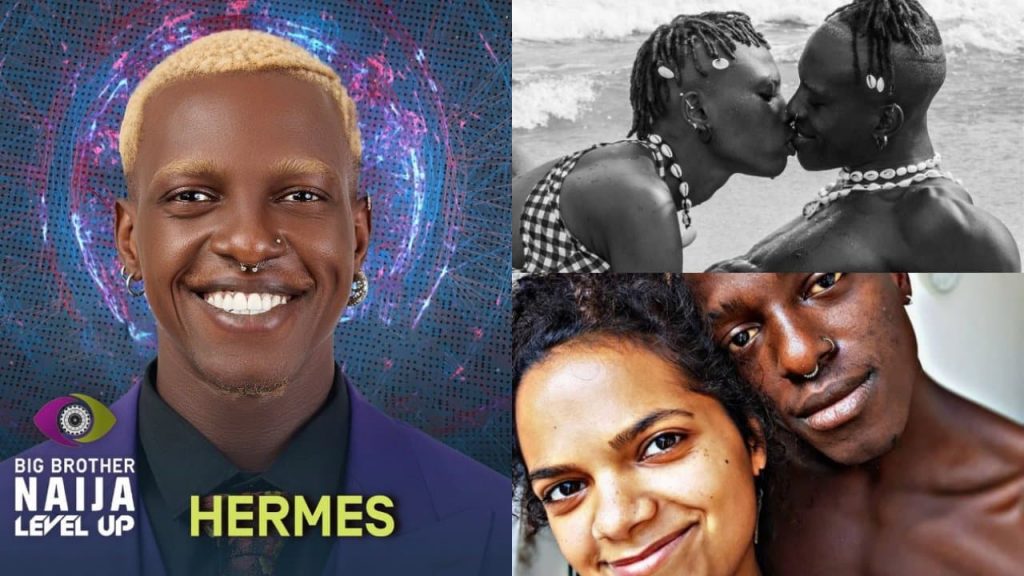 Some photos of the ladies BBNaija Level Up housemate, Hermes is in relationship with have gone viral.

Hermes, who hails from Delta, was one of the last set of housemates that was unveiled on Sunday July 24; his description portrays him to be a jovial person born and brought up in Lagos.

He had also revealed that he’s in a polyamorous relationship and some cybernauts have dug up the photos of his two lovers.

One of his girlfriends is said to be a German and the other, a Nigerian from Akwa Ibom state.