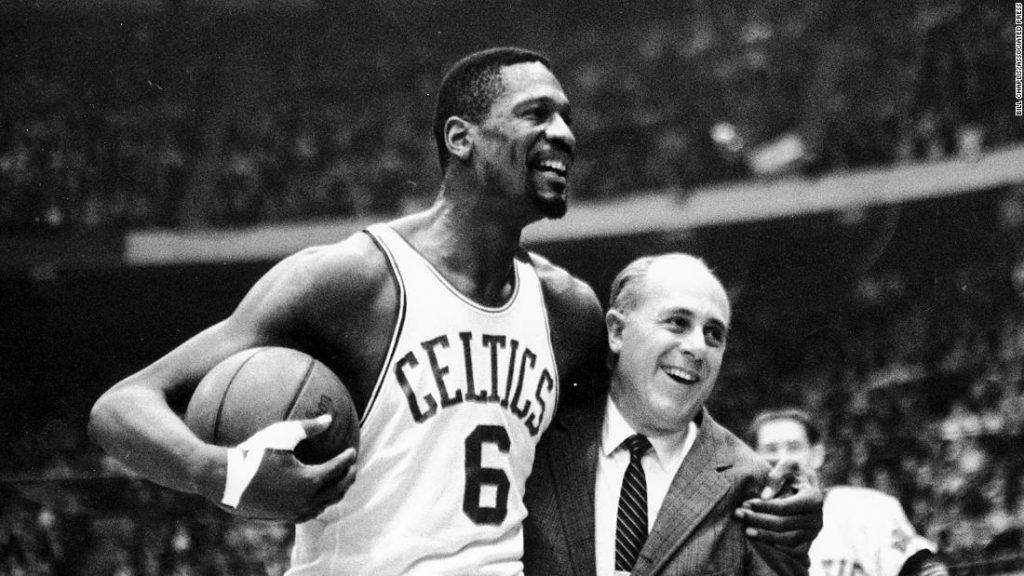 Russell, who passed away on July 31 at the age of 88, won 11 NBA titles with the Boston Celtics and becomes the first player to have his number retired across all 30 teams.

“Bill Russell’s unparalleled success on the court and pioneering civil rights activism deserve to be honored in a unique and historic way,” league commissioner Adam Silver said in a statement announcing the news.

“Permanently retiring his No. 6 across every NBA team ensures that Bill’s transcendent career will always be recognized,” Silver added.

“This is a momentous honor reserved for one of the greatest champions to ever play the game,” Tamika Tremaglio, NBPA executive director, said in a statement announcing the news.

“Bill’s actions on and off the court throughout the course of his life helped to shape generations of players for the better and for that, we are forever grateful. We are proud to continue the celebration of his life and legacy alongside the league,” Tremaglio added.

The league is not only retiring Russell’s number, but also plans to honor the five-time MVP by having a commemorative patch emblazoned on the right shoulder of the teams’ jerseys, while all courts will display a clover-shaped logo with the No. 6 on the sideline near the scorer’s table.

Russell is the most successful player in NBA history and was the first Black head coach in the league.

The decision to permanently retire his number is similar to that of Major League Baseball, who did the same for baseball trailblazer Jackie Robinson in 1997.

‘He inspired me to be a better man’

Russell reigned supreme on the court, but he was just as celebrated for his work away from basketball.

A prominent civil rights activist, he marched with Martin Luther King Jr. in 1963, condemned racial segregation and advocated for Muhammad Ali’s refusal to be drafted in the Vietnam War.

“He became a role model when I realized some of the things that scared me and bothered me about race relations in America were things that he addressed,” NBA legend Kareem Abdul-Jabbar told CNN’s Don Lemon on Monday.

“He gave me a way to speak about it that had all of the elements of trying to make something better, rather than just being angry,” Abdul-Jabbar, who had a 60-year friendship with Russell, added.

In the 1950s, Russell accused the largely-white NBA with deliberately excluding Black players and went on to become part of the league’s all-Black starting lineup in 1964.

Despite his achievements on the court, Russell was subjected racist insults as a player, while his family endured threats, break-ins and vandalisms.

“He inspired me to be a better man by handling situations … without giving in to all of the anger and rage that he must have felt,” said Abdul-Jabbar. “Bill showed the world what class was all about.”