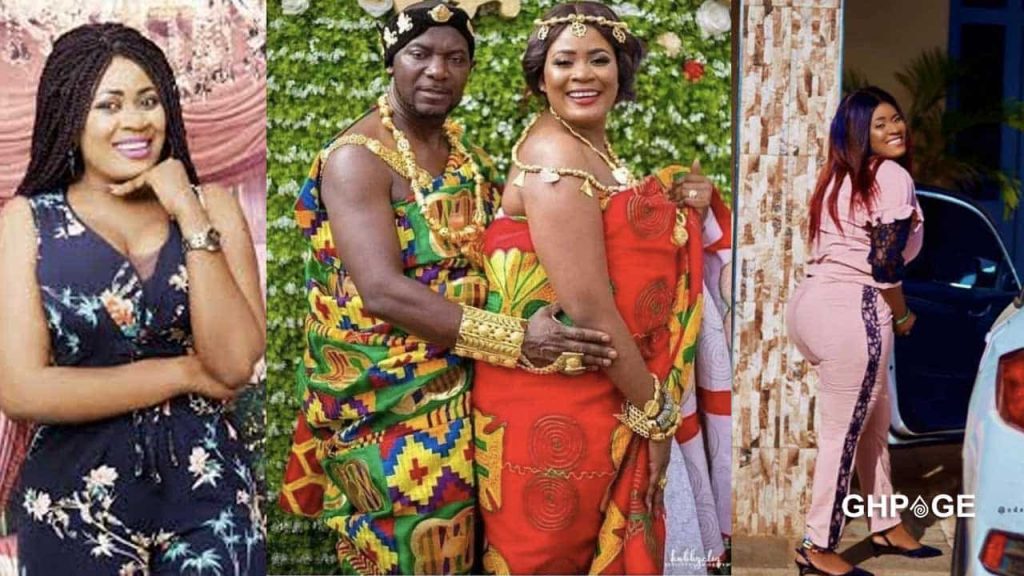 Actress Nayas real name Gladys Mensah Boaku has been accused of sleeping with her husband’s friend all because of an iPhone 13.

A woman claiming to be the actress’ voice was heard complaining about how the husband’s friend—with whom she had an affair—treated her in an audio that has been making the rounds on various sites on Instagram.

According to the account, Nayas left her husband’s home after experiencing marital problems.

According to reports, Nayas relocated to the home of the new man, whom she referred to as “Owura.”

After she moved in with him, he kept her as a “housewife,” making her do all the household tasks and engaging in intimate behaviour while maintaining the impression that they were in a committed relationship.

Nayas complained in the tape that her new lover had promised to get her an iPhone 13 pro max but had broken his word.

“You told me you will buy me the same phone you were using and I told you I preferred an iPhone 13 Pro Max so I can use it to shoot my programs but you refused after having your way with me so many times.

“I won’t keep your phone for anything but buy the phone you promised, add money for the many times you had me, and send it to Addo before I will give you your phone, she said.

Listen to the audio below:

The actress is yet to make an official statement on the leaked audio fast gaining ground on social media.