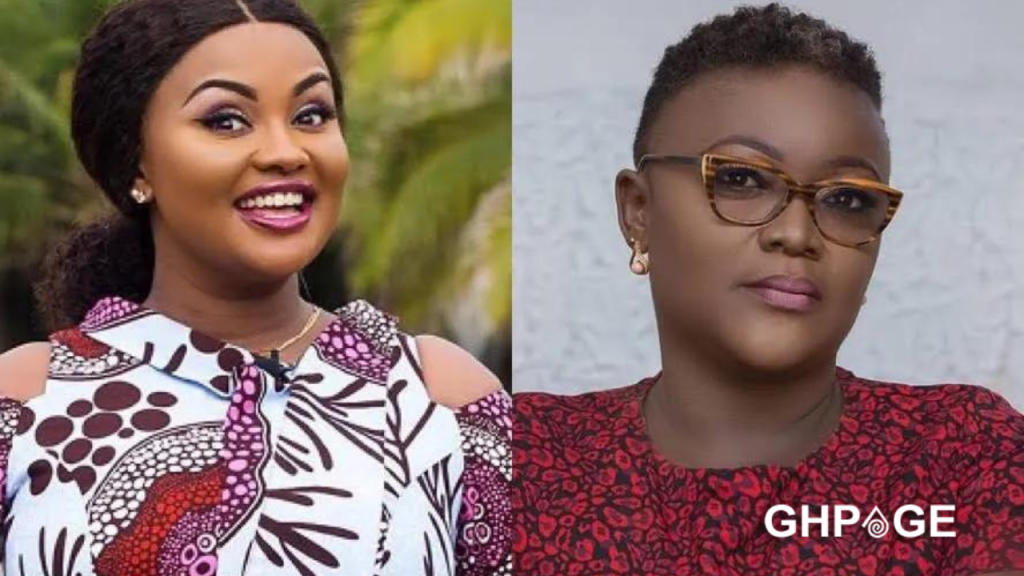 They were having a discussion about the late Kumawood actor Bishop Nyarko when a misunderstanding occurred.

McBrown had earlier said that her many calls to the actor when he was sick were rejected by the family.

However, a brother of Bishop claimed Nana Ama never called and that she was only lying to gain attention from the public.

Therefore, in the said interview leading to the resignation of Brefo, she asked the actress to mention the number she called Bishop on for the world to see the actual truth in the whole issue.

According to Brefo, she wanted to give McBrown a chance to prove her innocence before the eyes of all Ghanaians, but McBrown got angry with that.

Looking at how disgustingly things have unfolded within the last 24 hours and putting Nana Ama Mcbrown under immense pressure in the process , it appears Nana Yaa Brefo has eventually had the last laugh.

In a cryptic post, Nana Yaa Brefo cautioned that we will all pay for our evil deeds hence we should think twice before throwing a stone at the wall.

Sharing a photo of her happy self, she wrote;

We shall surely pay for our deeds one day might take time but one day we will pay, u throw a ball against a wall it will certainly bounce back good morning

Ghanaians on the internet are currently begging Nana Yaa Brefo to cease fire because an eye for an eye and a tooth for a tooth will only render all of us blind and toothless.