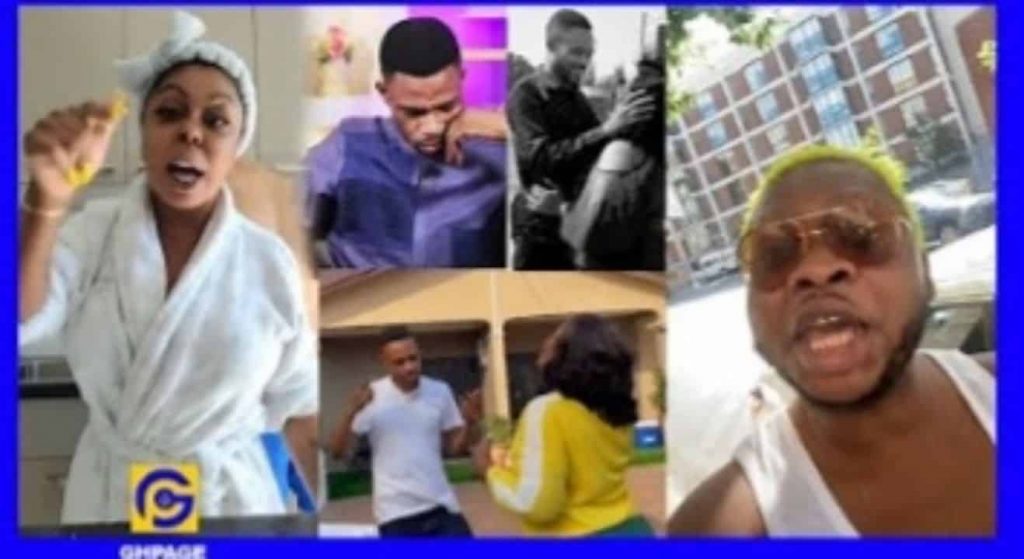 There’s no way Afia Schwar will jump on a trending issue without Nana Tornado’s interference from the sidelines.

Nana Tornado aka Odii Tonardo has openly declared his support for Kofi Adomah after Afia Schwar labelled him as a professional prostitute and gold-digger.

READ ALSO: Kofi Adomah’s wife calls to stop him from addressing their marital issues on Youtube

In a new short video that has since gone rife on the internet, Nana Tornado invited Kofi Adomah to link up with him to receive the antidote to Afia’s unwarranted attacks on him.

According to him, he has a big & dirty secret about Afia Schwar that will shake the nation if he drops it but he wants to hand it over to Kofi Adomah since he’s currently at war with the controversial actress.

Controversial Afia Schwar is the latest person to attack Kofi Adomah after his open confession on live radio that he has cheated on his wife on several occasions and been his kids outside their marriage.

According to Afia Schwar who is very happy about Kofi Adomah’s predicaments, Karma is mercilessly dealing with him because he totally destroyed and pelted lies against her during her marriage crisis with her ex-husband Abrokwah.

Afia Schwar who seems to know more about the secret womanizing activities of Kofi Adomah also authoritatively stated that she’s aware Kofi Adomah has been sleeping with her friend named Sandra who is married in the UK.

The comedienne who has fought with almost everyone in the showbiz industry also hurled heavy insults at Kofi Adonah and his innocent mother.

As alleged by Afia Schwar, Kofi Adomah quickly dumped his first wife who stuck with him through thick and thin after he saw Miracle. READ MORE HERE