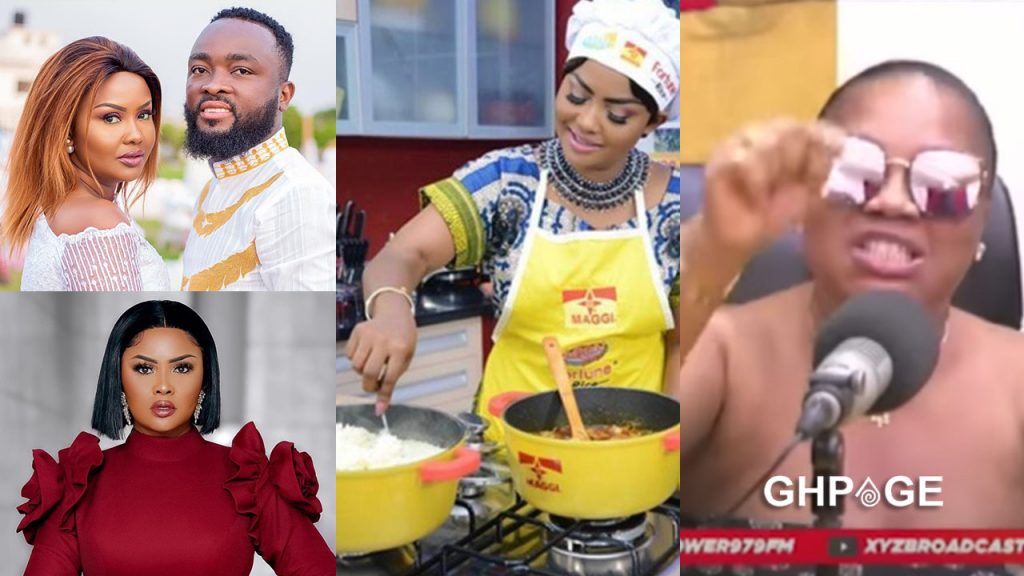 Despite Nana Ama McBrown‘s celebrity status, wealth and public influence, she does not act high-and-mighty over her husband behind the cameras or in the privacy of their home.

This is according to showbiz critic and a former aide, Sally Mann, who has praised the iconic actress as a ‘good wife’ who diligently serves and respects her husband, Maxwell Mensah during an interview.

According to Sally, there was not a single instance where she disrespected her partner who doubles as her manager in all the years she worked with the actress.

“There is nothing not to love about Nana Ama. It will be hard for any man who dates her to call for a breakup. I am a personal witness to it. She is not like those women who look down on their husbands due to their celebrity status.

READ ALSO: “Mcbrown’s husband has called & begged me to cease fire on his wife” – Nana Tonardo

Sally further claimed that Nana Ama doesn’t allow any of her house help to prepare meals for her beloved husband as she prefers to attend to him herself.

“Nana Ama McBrown personally cooks for her husband, she serves her husband. Even if he goes out and comes home at dawn, she will wake up to serve her husband and couldn’t complain,” Sally stated on TV XYZ’s Power Entertainment while speaking in the actress’ defence during her United Showbiz saga after hosting Afia Schwar.

Watch how Sally touted Nana Ama in the video below

Sally also commented on the call Nana Ama’s husband placed to actor Nana Tornado after he divulged her affair with Chairman Wontumi and her husband’s relationship with singer MzBel.

According to her, Maxwell Mensah’s action to protect Nana Ama’s reputation shows he truly loves and adores his wife, contrary to speculations that he is just in for her money.

“Every man she ever dated went crazy over this trait. No wonder Maxwell placed that call to Tornado. His move has ‘shut up’ critics…Nana Ama is a definition of a good woman. She slays on social media and still treats her husband right,” she said.