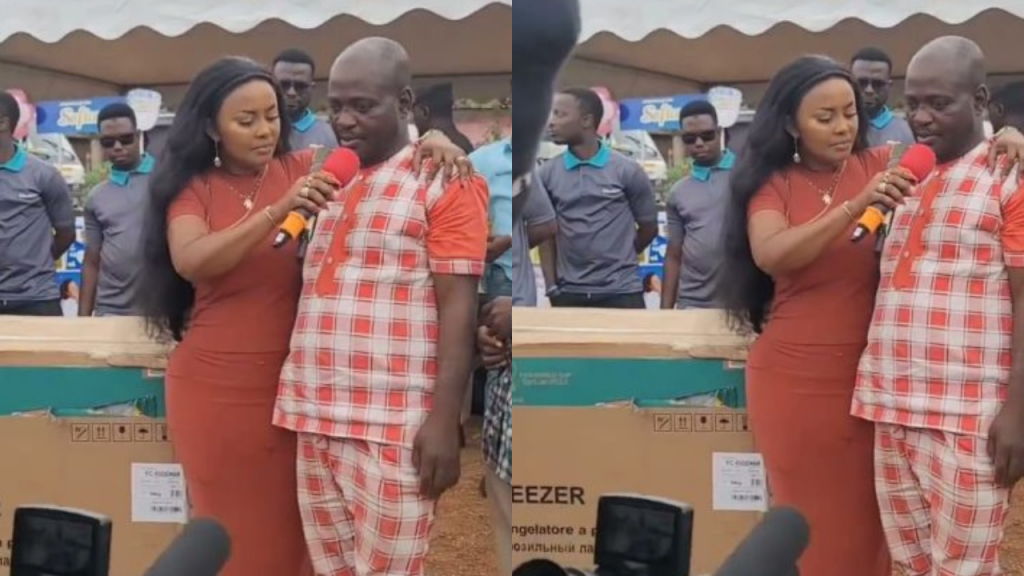 Actress and TV show host, Nana Ama Mcbrown has done the commendable after dashing her JHS classmate who has now gone blind expensive gifts and paying off his due rent as well.

The screen goddess who’s preparing for her 45th birthday celebrations organized a free National Health Insurance Scheme (NHIS) registration exercise for 1700 people predominantly, the aged and children in Kumasi Kwadaso where she grew up yesterday.

READ ALSO: My mother was very close with Despite when we were staying at Kwadaso – Nana Ama Mcbrown reveals

The philanthropic work which took off beautifully suddenly took an emotional turn when the actress met an old classmate who had gone blind and was in a serious financial crisis as well.

After Nana Ama Mcbrown saw her blind classmate, she became teary and had to be consoled by some of the beneficiaries of her goodwill who were also reduced to tears.

She immediately gave her blind classmate a deep freezer plus a couple of other expensive items.

And later promised to pay off his rent which is due as well when the program is over and they meet behind the scenes.

This is not the first time Nana Ama Mcbronw has touched the life of a less privileged person. She’s a very kind-hearted person who tries to do her best for humanity.

Nana Ama Mcbrown’s 45th birthday party is surely going to be a mega one because the preparations for it is very massive and impressive as well.