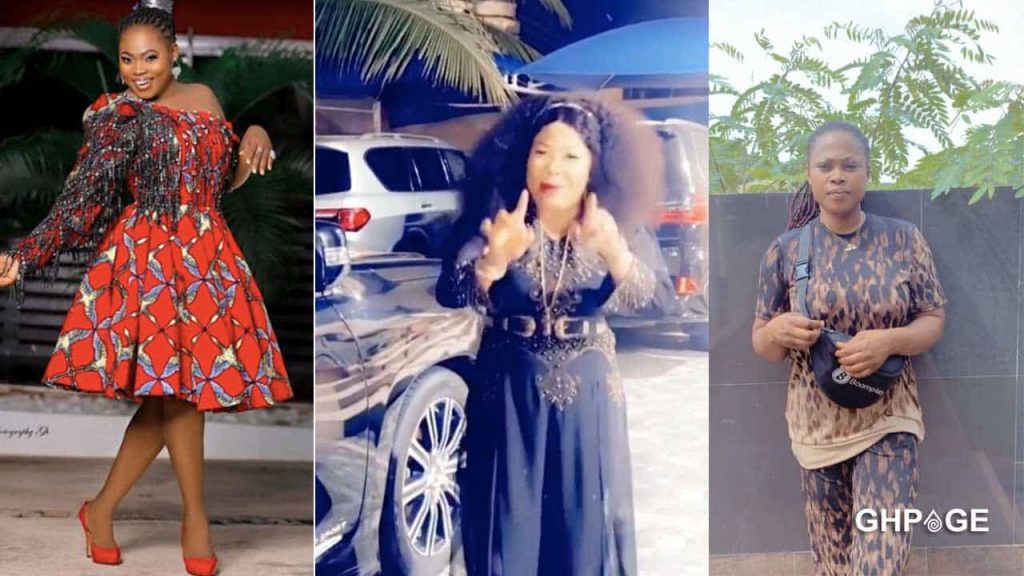 The musician is reportedly claiming damages for defamation because Nana Agraada recently shared a video of her confessing her love for her claimed partner while intoxicated.

For those who missed it, Joyce got herself into problems after making fun of the former fetish priestess who later became an evangelist.

Agradaa threatened to exact revenge on Joyce in a rage, and she eventually did by sharing a highly damning film.

A very inebriated and sad Blessing was seen sobbing heartbreakingly on the video over a man by the name of Kwame.

In the video, she claimed to love him and be unable to live without him.

Agradaa made fun of Joyce for making that video while she was still married, indicating that she was having an extramarital affair.

He appeared to refute Blessing’s claims as soon as she attempted damage management by saying the video was intended for her estranged spouse.

After receiving a lot of public ridicule, Blessing focused her ire on Agradaa and took her to court.