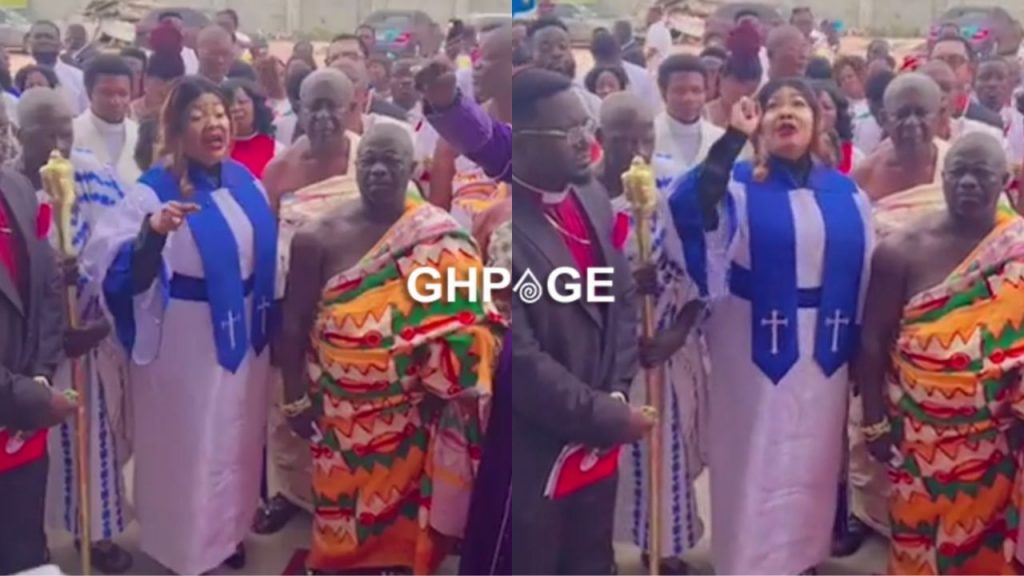 Nana Agradaa aka Evangelist Mama Pat has officially been ordained as a full gospel minister.

The ordination ceremony took place yesterday during the unveiling of her ultra-modern church edifice which costs millions of cedis.

During the ceremony, Nana Agradaa used the opportunity to beg for forgiveness from all the people she has offended both knowingly and unknowingly.

READ ALSO: Nana Agradaa officially ordained as an Apostle of Christ as she opens her ultra-modern Church

According to Nana Agradaa, all the wrongs she did should be buried because she didn’t know Christ at that period but she’s no longer a worldly person hence she should be given a second chance.

Indirectly, Nana Agradaa was begging for forgiveness from her sika gari victims who took to the streets last week to demand justice.

She’s very aware what she did to them was ungodly and very treacherous but the greed of money blinds and supersedes morality all the time.

Meanwhile, a lot of Ghanaians have questioned the processes and education Nana Agradaa passed through to become a Bishop.

It appears to something is certainly wrong somewhere and Ghanaians need answers.