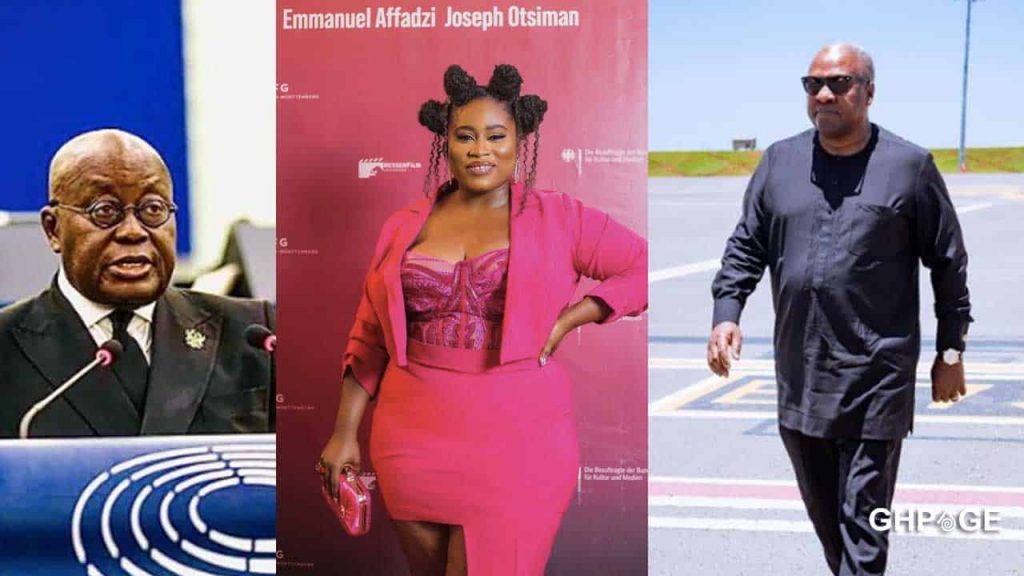 Actress Lydia Forson has opened up and confessed that the current President Nana Addo Dankwa Akufo Addo is not getting half of the abusive words people used on former President John Dramani Mahama.

Social media last weekend was buzzing after Lawyer Martin Kpebu called out the President and tagged him as the leader of the criminal syndicate at the Flagstaff House during his submission on Newsfile.

A few hours after the program, Information minister Kojo Oppong Nkrumah jumped on social media to condemn the comments made about the President.

According to his tweet, the lawyer had no proof to back his statement and added that what is more worrying is the fact that a respected media house came him that privilege.

After his tweet, a lot of people bashed him and even brought up old tweets of him and other NPP members insulting former President John Mahama.

Lydia Forson has added her voice to the ongoing debate and has disclosed that Nana Addo is enjoying his term in office because what Ghanaians are doing to him is nothing as compared to what was done to John Mahama.

in her tweet, she stated that she finds it delusional if the NPP members come out to complain about people using abusive words on Nana Addo.

She posted: “Let’s be fair the vitriol some members of the NPP and even private citizens like me threw at Mahama during is tenure is absolutely NOTHING compared to what this government receives. So each time I hear them complain I really find them to be a little delusional.“