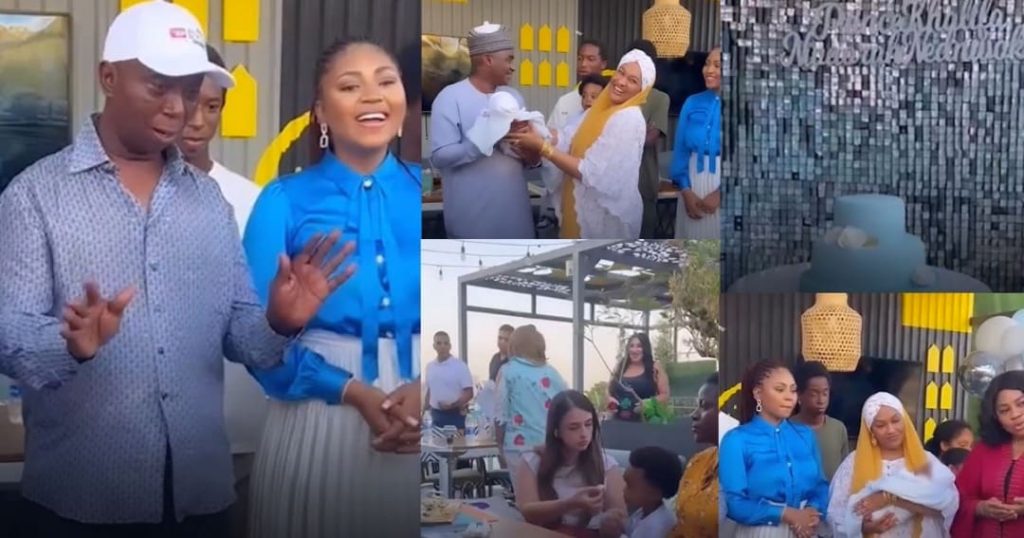 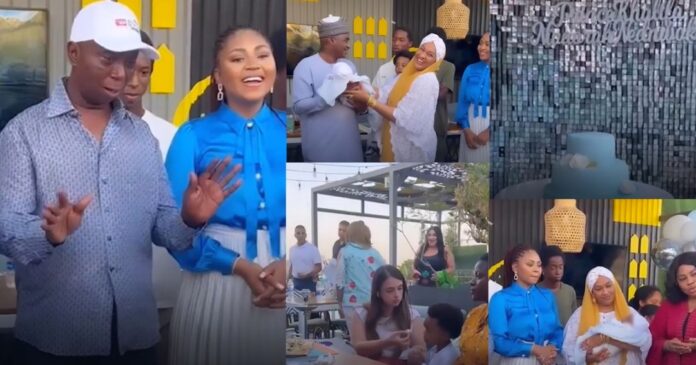 Nigerian billionaire and polygamist Ned Nwoko is a happy man as he names his new baby boy with his actress wife, Regina Daniels.

The two have been married for years now amidst doubts about the success or otherwise of their relationship.

But the couple keeps getting better although Ned Nwoko has eyes for other women. The success of their marriage has resulted in the welcoming of a new baby boy.

The millionaire wife, who welcomed her second kid with her husband, Ned Nwoko, in June, shared pictures from the naming ceremony.

At the posh naming ceremony, she revealed the name of her son on her Instagram page on Wednesday afternoon, August 10. Her baby’s name is Prince Khalifa Chimka Nwaorah Ned Nwoko.

The event, which was attended by close friends and family, was posh. It was actually a party full of pomp and a display of opulence.

“The gathering of family and friends for the naming of our new born baby Prince Khalifa Chimka Nwaorah Ned Nwoko @princekhalifanwoko”.

Check out the video BELOW…

When actress Regina Daniels, at age 19, decided to marry Nigerian businessman Ned Nwoko, who was almost 60 at the time, many could not fathom her reasons.

After several years of dating her young sweetheart, Somadina Adinma, many had thought and hoped the two would end up in a happy marriage.

However, Regina Daniels had a different plan. He wanted an established man who could attend to her needs and ensure that she was well taken care of.

That probably could have been why Regina Daniels decided to break up with Somadina Adinma when the opportunity presented for her to marry Ned Nwoko.

In a fresh social media update, Regina Daniels has revealed and explained why she decided to marry a rich old man.

Apart from the fact that a young man has fresh blood and could be more energetic, Regina Daniels was looking for someone who had a deep pocket and would display his love for her not just by words.

According to her, any man who confesses his love to her without having anything to show for it would be shown the door…reason Somadina was probably shown the exit when Ned Nwoko walked in. Read More…