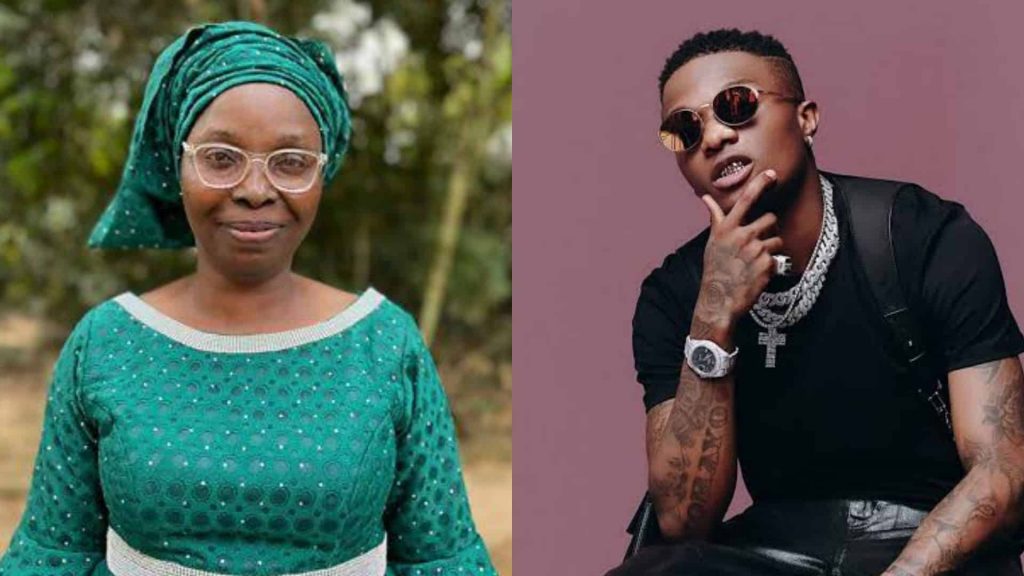 The evangelist, preaching to her congregants, warned them about listening to the songs of Wizkid.

According to her, some of the singer’s fans find it difficult to go to bed if they cannot listen to his songs.

She added that there’s no point for a person’s mum to be praying for her son to receive the Holy Spirit when he still listens to Wizkid’s songs or idolizes him.

She showed pictures of the “Essence” crooner smoking and another with dreads to buttress her point.