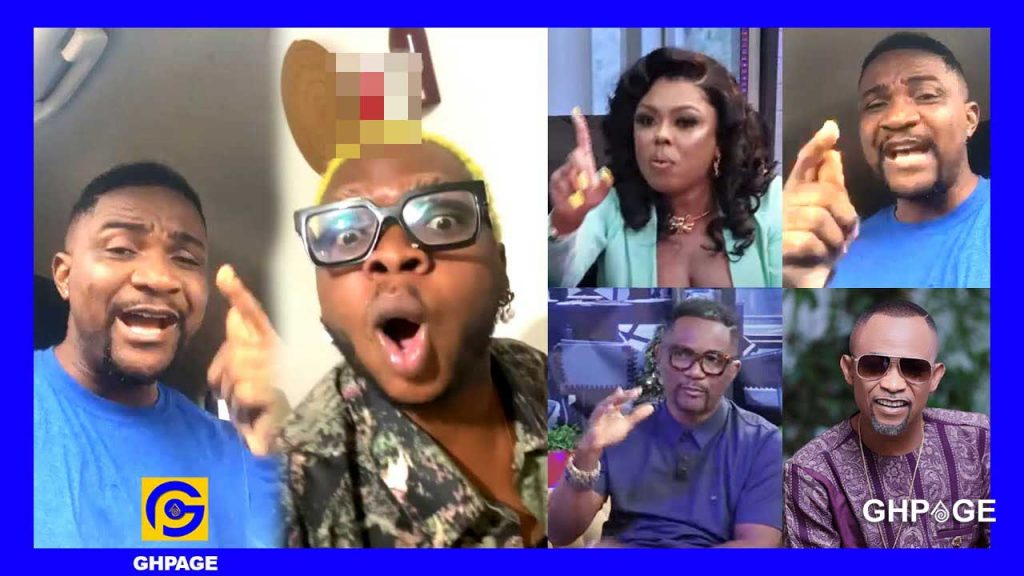 Mr Logic has angrily blasted Nana Tonardo in a counter reply after the latter’s attack on him and following his recent appearance on United Showbiz as a pundit.

Nana Tornado in a recent video declared outright that Nana Ama McBrown, the hostess of United Showbiz, and all of her panellists, including Mr Logic, are stupid.

He claims that UTV made no sense in inviting Afia Schwarzenegger to United Showbiz to discuss her dispute with Chairman Wontumi, which has been resolved for days.

According to Tonardo, Nana Ama and her pundits are both fools for debating this topic on national television alone.

Tonardo chided Mr Logic who weeks ago was on fire against Afia Schwarzenegger and Delay that they were cowards for throwing shades at each other.

According to Tonardo, he expected Logic to have remained wild and ‘pounce’ on Afia her as he did a week ago instead he surprisingly took Afia Schwar’s side completely.

Mr Logic has in his reply video blasted Nana Tonardo for coming at him. He dared Tonardo to man up and say the same things he said in the video when he meets him anywhere.