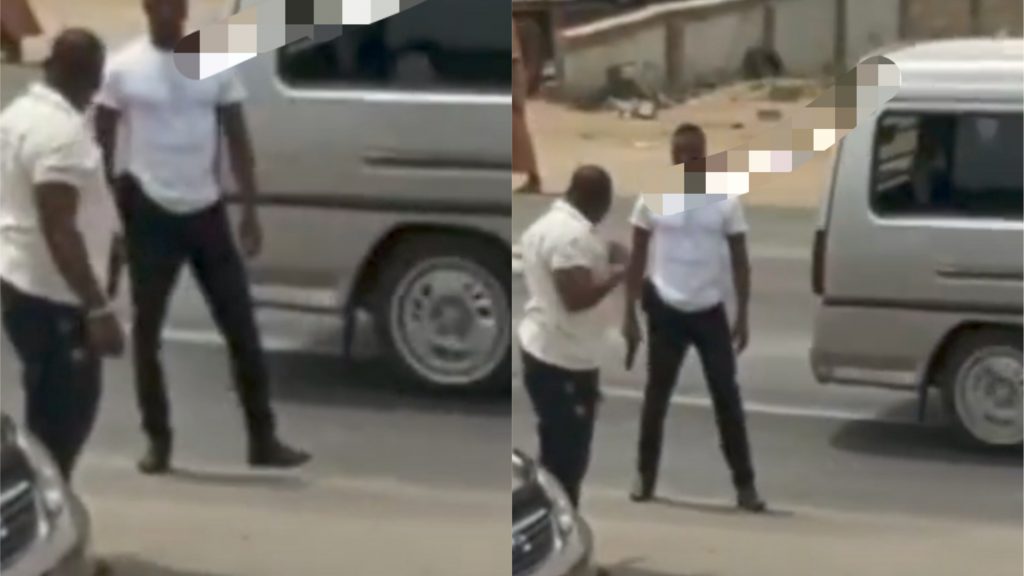 A viral video making the rounds captured moment a motorist pulled out a gun to terrify another motorist as they exchanged words heatedly on the road in Ghana. 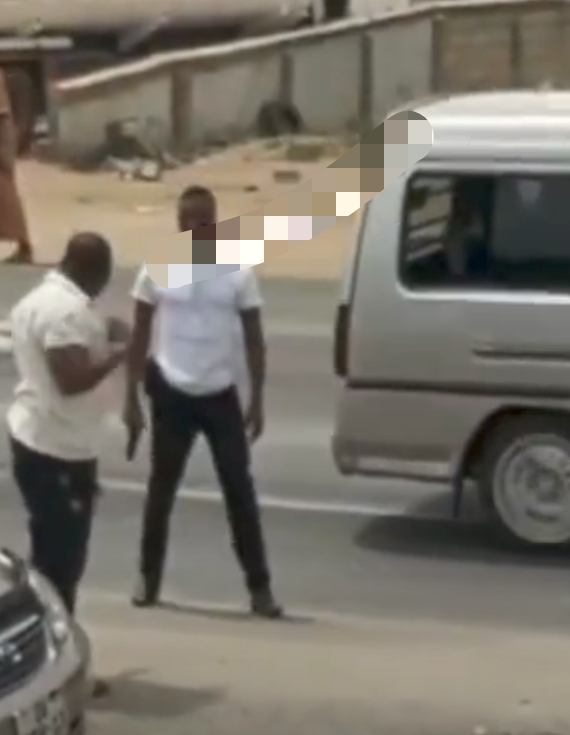 The man who was driving recklessly was confronted by another driver which provoked him to pulling out a gun, brandishing it to scare the other driver.

As could be seen in the viral video, the driver holding the gun repeatedly slapped the other driver who made half-hearted attempts to defend himself as he was partially scared of being shot at by the other driver.

Onlookers were too scared to intervene as one of them asked another to phone the police.