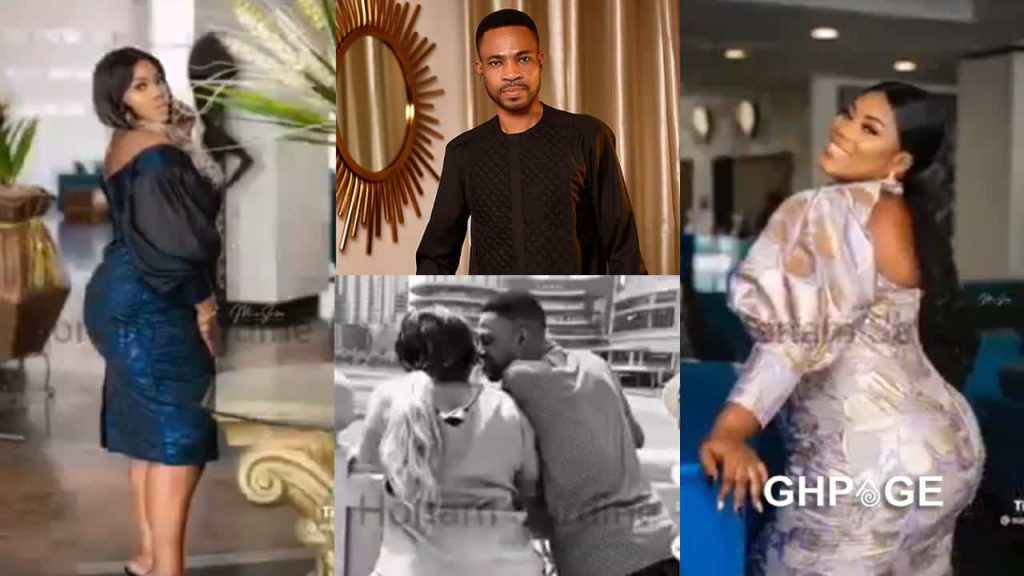 The internet is certainly not a place of privacy for anyone who intends to keep their identity under the wraps. If you want to remain anonymous and live a low-key life, then social media is not the place for you to frolic.

For many months, renowned Ghanaian journalist and broadcaster Kofi Adomah has been teasing his fans with photos and videos of him and his wife, Miracle Adomah.

And while at it, he deliberately hides his wife’s identity from the public because he claims she hates social media attention and anything that comes with it.

However, things have taken a drastic turn after Mrs Adomah pulled a birthday surprise on her husband on radio and spoke on air for the first time as she had been trending online.

In the midst of this, Kofi Adomah’s real identity has finally been uncovered and she’s not happy about the development at all.

Well, GHPage has obtained more photos that purport to be Mr Adomah, and at this point, it looks like she cannot go remain anonymous anymore.

Earlier, a female Facebook user with the name Veronica Akua shared a shot of Miracle Adomah seriously dancing at an event without her consent.

The now-deleted Facebook story infuriated Mrs Adomah who later jumped into Veronica’s inbox to chide and “curse” her for intentionally putting her face out there.

Veronica, in turn, replied to Mrs Adomah’s curses by insisting she only posted the video to show the world how strong and beautiful she is.

Take a look at the short conversation between Mrs Adomah and Veronica.

It appears many celebrities undermine this basic rule of the internet and only try to outsmart their fans with their posts, only for their followers to smartly connect the dots and solve the puzzle.