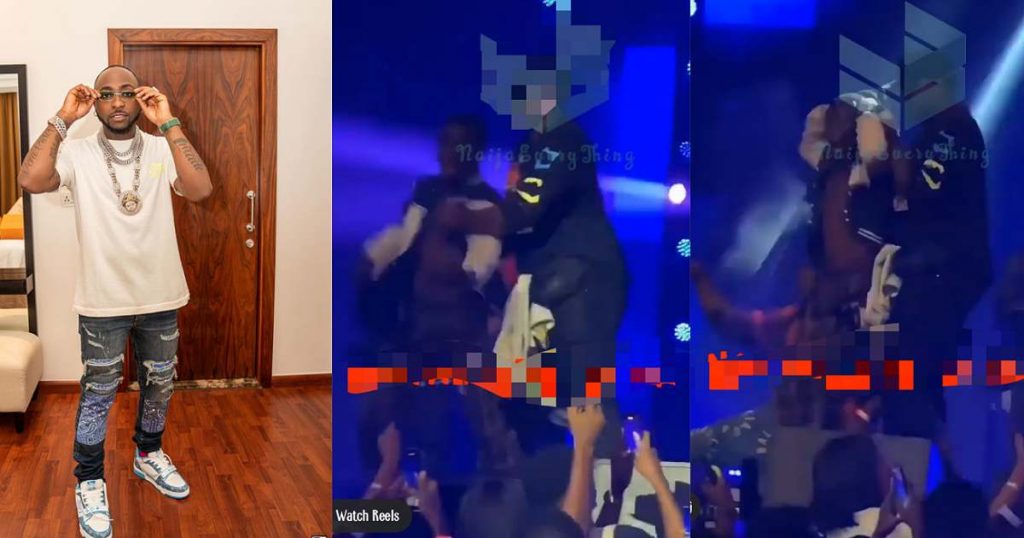 A video footage that captures the unfriendly moment a bodyguard of the popular crooner, Davido flung an over-zealous fan who tried to get to the singer while he was performing on stage has emerged.

Yesterday, 14th April, Davido was live at a concert in Eko Hotel, Lagos alongside other musicians such as Rema, Tiwa Savage, Lojay and renowned American rapper, Rick Ross.

However, while the singer was thrilling the audience with his usual stunning performance, this lad attempted to dance his way to where Davido stood.

Unfortunately, he got noticed by a bodyguard who bundled him out of the stage by flinging him into the crowd.