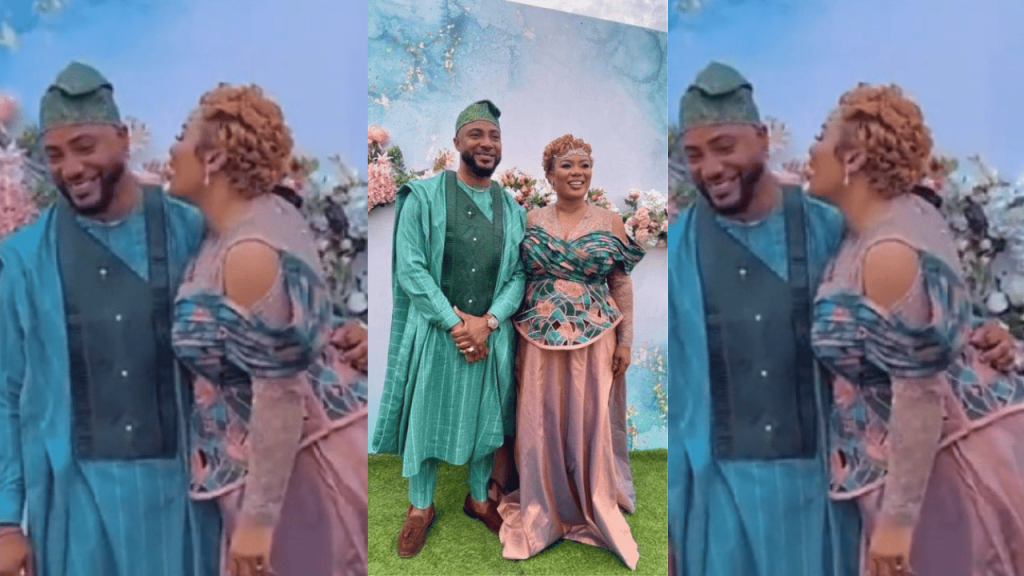 Media personality, Brdiet Otoo has successfully left the market as a spinster in a simple yet colourful wedding ceremony that came off yesterday.

Many Ghanaian never expected such a development because the award-winning broadcaster is a known feminist on the internet who mostly condemns and chides men.

Though the event was strictly by invitation, photos and videos from the marriage have surfaced on social media kind courtesy of Lydia Forson and Serwaa Amihere who were guests at the marriage ceremony.

In one of the fast trending videos that have caused a massive store on the internet, Bridget Otoo’s husband, Dr Evans Agoo Tetteh was shying away from kissing his wife.

According to Bridget Otoo, her husband was under pressure reason he hesitated to kiss her in public – Because he’s a very shy person who likes to keep things private and on the low.

She also told her husband not to mind her family and friends who were heckling at him to kiss her.

@gagameil – Oh but why ur man swerve am like dat? Som’n ain’t right. Be like Dem Force chairman enter de marriage

@Kingusiph – No man in love will deny her wife a kiss especially on this kind of day. I might be wrong though