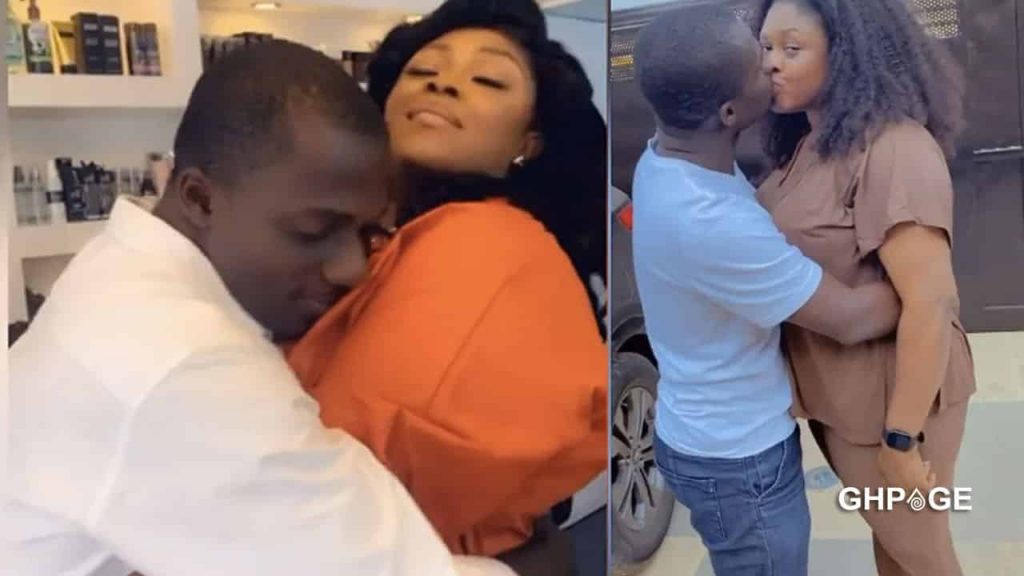 Blogger Zion Felix and his baby mama Minalyn have given Ghanaians something to talk about again as the weekend nears.

Just about a month ago, Minalyn and Zionfelix organized the christening event for their child Baby Paxpm to share the glory of their status as new parents.

Many of the fans of the power couples assumed all was now going on well between the two until Minalyn’x most recent cryptic post that has caused a stir.

In a new video that has been spotted on Minalyn’s IG post, she captioned it as; “Too gorgeous to be in a triangle”.

This caption from Minalyn hints that she has now backed out of the race and handed over Zionfelix to Erica just to enjoy a drama free life.

Although Minalyn didn’t firmly confirm that she has broken up with Zionfelix but the caption speaks volumes and that’s what it talks about.

Not long ago, reports went viral that Zionfelix’s family has refused to allow him to marry Minalyn.

Instagram blogger, Tutugyagu made this startling allegation on his Instagram page and according to him, Zionfelix texted Mina announcing his decision to cut ties with her romantically.

Tutugyagu claimed Zionfelix’s family is not in support of their affair and planned marriage and one of the reasons is that Mina is older than Zion.