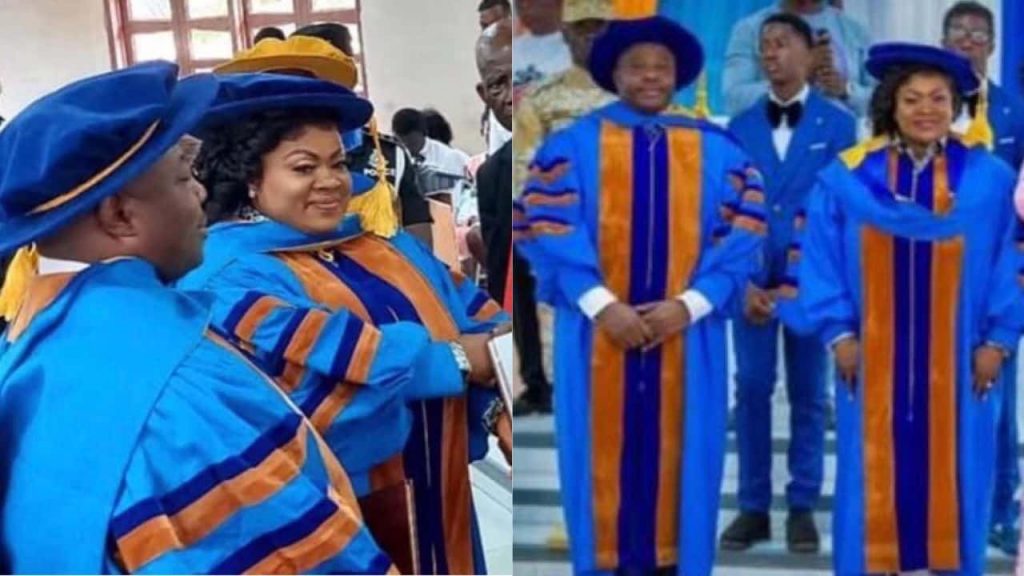 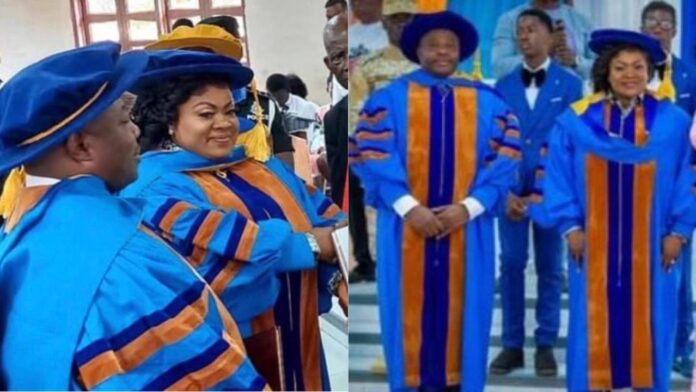 Kumawood actress Mercy Aseidu is the recipient of an honorary doctorate degree in the US.

She was honoured together with her husband, Nana Agyemang Badu Duah, the paramount chief of Kunsu.

Mercy Aseidu joins the league of Osei Kwame Despite et al as individuals who have received honorary doctorate degrees.

The honorary doctorate award was presented to Mercy Aseidu and her husband by Believers Network International in conjunction with Petus Fedei Seminary. to appreciate their contribution to the growth and development of Kunsu.

At the event, Mercy Aseidu and her husband used the platform to solicit funds for a library project for Kunsu and also thanked all for appreciating their efforts.

In an official statement, Nana Agyaemang Duah and Mercy Aeidu have thanked all for recognizing their work and honouring them with a doctorate degreee.

“On behalf of ourselves, Dr. Nana Agyemang Badu Duah 1 and Dr Oheneyere Mercy Asiedu Agyemang Duah, we will like to extend our profound gratitude to the people of Ghana and the general public for the love and support shown to us during the celebrations to honor us with an honouring doctorate degree award, which took place on the 6th of August 2022 at Kunsu,”

“We say God richly bless You all for the goodwill messages and support in making the event a memorable one. To our people in the creative arts industry, we say God bless you all and to the media, we again say thank you so much for the love and support.”