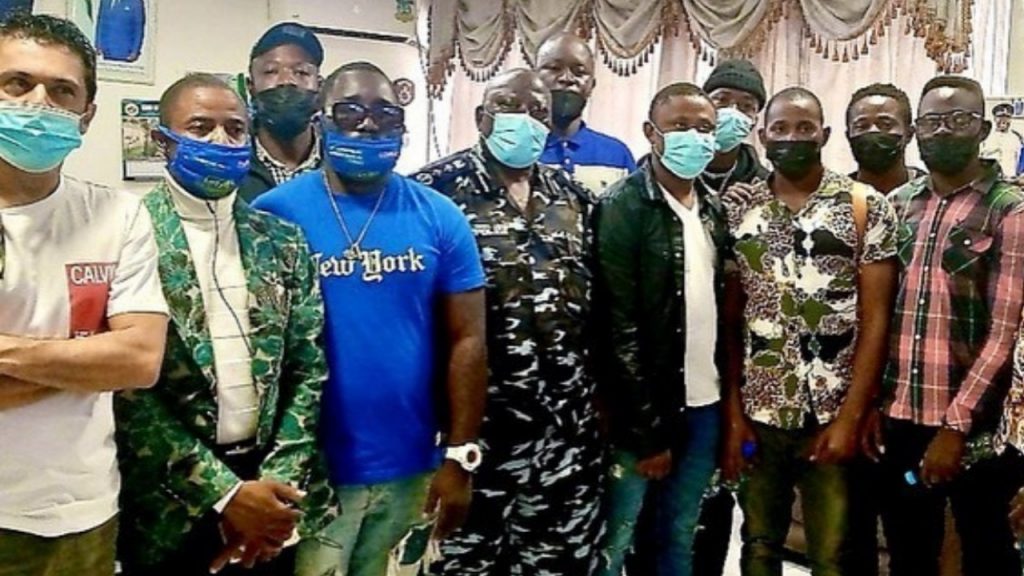 Members of the Entertainment Industry and All Stars Sierra Leone, have met with the Inspector General of Police Dr. Ambrose Michael Sovula to discuss issues relating to the arrest and detention of LAJ.

Reports indicate that LAJ and some of his colleagues targeted a rival group and a fight broke out resulting in the intervention of the Police which arrested a number of those involved in the fracas including LAJ.

During the frank and open discussion with the IGP at his George Street office, the IGP advised the group to always be law abiding, adding that the golden rule in life is for someone not to his or insult another person if he does not wish for that person to return the insult or strike him.

He said over the years he has been providing and advisory role to various civil groups including musicians for them to live together amicably in the name of unity and prosperity.

“I will never insult or strike you because I don’t want you to do me the same.” The IGP said, adding that the SLP is there to maintain law and order and not to punish anyone except lawbreakers that are found guilty by a court of law.

At the end of the engagements the members of the groups agreed to go by the advises of the IGP.

According to All Stars President Colabo and Nasser Ayoub they are against violence and condemn all acts of violence and urged all and sundry to abide by the law of the land.