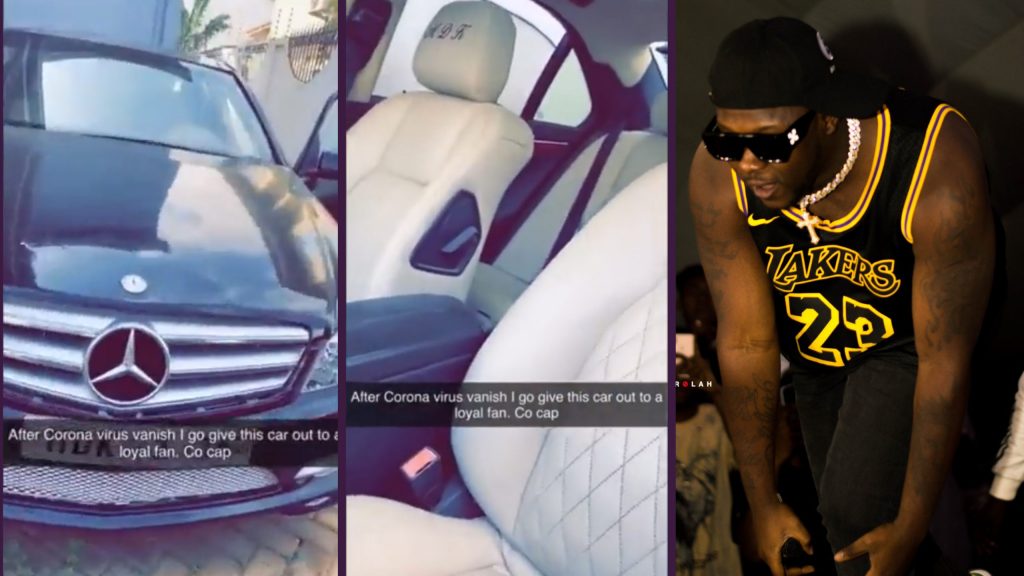 At the peak of the COVID pandemic in 2022, rapper Medikal promised to gift one of his cars to his lucky fans.

In a video he shared on his Twitter handle, Mediokal announced his decision to give one of his flashy cars to a lucky fan.

“When the lockdown is over, I will give out this car to a fan. One lucky fan will get this car,” Medikal said in the video.

After more than 2 years, Medikal has been called out by Twitter folks for failing to honour his promise.

He has been labelled a dishonest artist who only promised expediently but knew he could not give out the promised car.

Did he not get the lucky fan at all? That is the question most of the fans are asking.

As a result, Medikal hurriedly pulled down the post. He has decided to stay mute because he failed to deliver his promise.

@iactually3 wrote: Like he is supposed to even dash the car to unklebeatz or attitude, they’e been more loyal.

@otanhunu wrote: It’s either he doesn’t believe corona is out or he still hasn’t found a loyal fan.

@thornie_ wrote: The man dey take the AMG something to heart waaa oo.