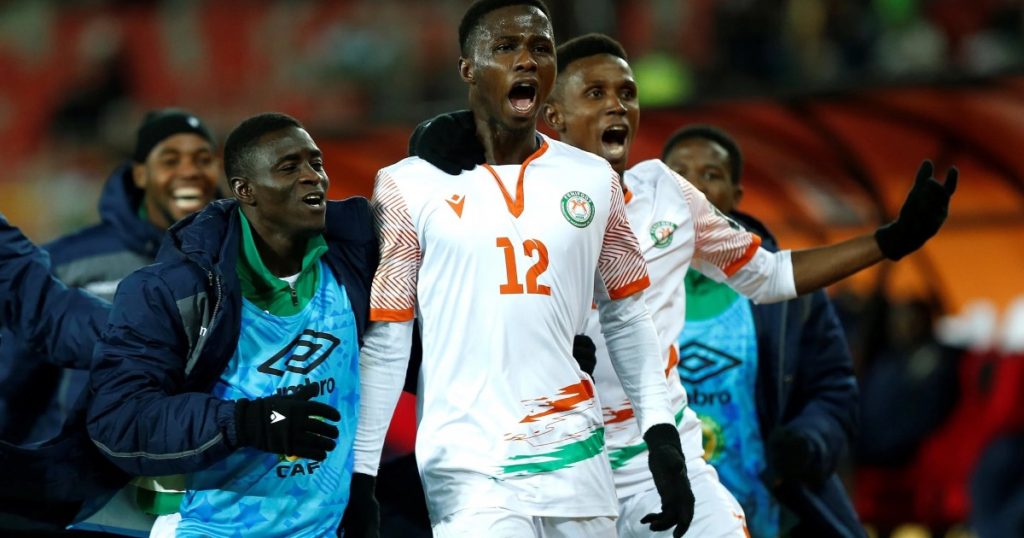 Mauritania and Niger booked their places in the quarterfinals at the TotalEnergies African Nations Championship (CHAN) in Algeria on Tuesday.

The Lions of Chinguetti advanced as Group D leaders on four points, followed by Angola on two as Mali returned home with a single point.

In Group E, Niger stunned 2020 host Cameroon as they booked a quarter-finals spot after a 1-0 triumph at the Stade Olympique d’Oran on Tuesday.

Soumaila Badamassi was the hero for the Menas in their final Group E clash at the Miloud Hadefi Stadium in the Algerian city of Oran.

As a result, Cameroon and Mali were dumped out of the tournament for African Stars as the group phase in Algeria came to a shock-riddled climax.

Two-time runners-up Mali needed only a score draw against Mauritania to top Group D but lost 1-0, with Mamadou Sy scoring the 53rd-minute goal that took his country to the next stage of the competition.

2020 host Cameroon needed only one point to finish first in Group E but fell 1-0 to Niger, who snatched the top spot.

Mauritania locks horns with Senegal at the Stade du 19 Mai 1956 on Friday, while Niger takes on the Black Stars of Ghana in the quarter-final on Saturday at the Miloud Hadefi stadium in Oran.