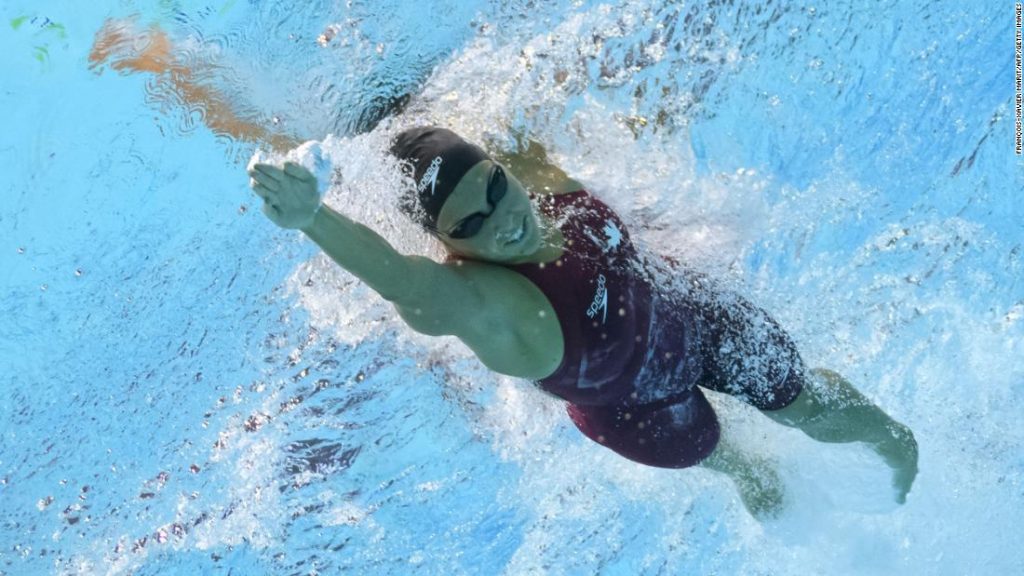 The swimmer, who won a bronze medal in the women’s 4x200m Freestyle Relay said she remembers “celebrating my competition,” but then came a “four-to-six hour window where I can’t recall a single thing.”

She says she woke up the next morning with her team manager and doctor at her bedside.

“I’ve never felt more ashamed,” she wrote on Instagram Wednesday, adding that she experienced “judgment” in the wake of the incident.

The Olympian said she suffered a rib sprain and concussion and found “a dozen bruises” on her body, which she said her friends told her that it was probably from them having to carry her while she was unconscious.

She posted pictures of the bruises on her Instagram.

“I ended up going to the hospital, where I was met with doctors & psychologists. They tested and treated me the best way they could,” she said.

“They told me it happens more often [than] we think and that I was lucky in a way, to get out of this with a rib sprain and a small concussion.

“It did help me cure some of the fears I had but sadly not all of them,” she said.

The swimmer warned of a “dangerous increasing number” of similar cases and shared several screenshots of news reports about drink spiking.

“To anyone reading this, please be careful,” she wrote.

CNN has reached out to Harvey for further comment. It’s unclear if she reported the incident to police. She does not address how it might have happened.

CNN has reached out to Swimming Canada for comment. A spokesman did issue a statement to the Canadian Press, according to the CBC.

“We are aware there was an incident the night before departure from Budapest,” Swimming Canada spokesman Nathan White said in an email to The Canadian Press. “As soon as team staff became aware, Mary received excellent medical treatment from our team physician on site, and was cleared to travel home.

“Staff have been in contact with Mary since her return and we are offering her support. We continue to gather information on the situation, and the file has been forwarded to our independent Safe Sport officer.”

World swimming’s governing body FINA said it was aware of the “deeply distressing media reports” and was “deeply concerned” about Harvey’s wellbeing.

“We are in contact with Swimming Canada and the Local Organising Committee. In 2021, FINA adopted widespread measures aimed at safeguarding athletes and an Independent Investigation Officer will be assigned to investigate the matter further,” FINA said in a statement.