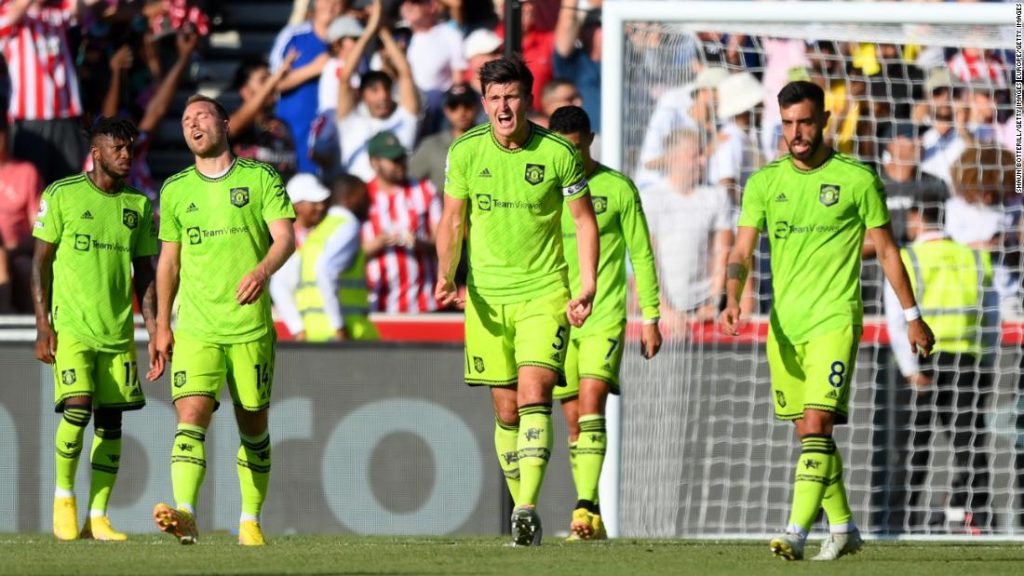 The result leaves United bottom of the Premier League having lost to Brighton last weekend as four goals in the first 35 minutes helped Brentford to an emphatic victory — the club’s first against United since 1938.

Josh Dasilva opened the scoring when his long-range shot was spilled by David de Gea, and minutes later another United error — this time by former Brentford player Christian Eriksen, who lost possession close to his goal — enabled Mathias Jensen to score a second.

Ben Mee’s bundled header from a corner added to United’s woes, before Bryan Mbeumo finished off a slick counter-attack when he received Ivan Toney’s pass and finished past de Gea.

United had chances in the second half through Eriksen and a Cristiano Ronaldo header, but any hopes of a comeback remained well out of reach.

This is the first time since 1992 that United has lost its opening two games of a Premier League campaign, and the challenges keep coming with Liverpool up next on August 22.

“Brentford was more hungry, one, and two, we conceded goals (from) individual mistakes,” ten Hag told reporters after the match. “You can have a good plan but then put the plan in the bin.”

United struggled to deal with Brentford’s pressing in the first half of Saturday’s game and lost possession in the build-up to the opening two goals.

“They (the players) make bad decision, and this is football. It’s a game of mistakes and we get punished,” ten Hag added.

“It’s naïve how we played today. You have to play more direct. We attracted them; space was high on the pitch … We will learn, we have to learn. But it’s no good, it’s quite clear at this level.”

Elsewhere in the Premier League, Manchester City and Arsenal continued their unbeaten starts to the season — City with a 4-0 victory against Bournemouth and Arsenal with an entertaining 4-2 win against Leicester City.

Ilkay Gundogan, Kevin De Bruyne, and Phil Foden all scored in the first half for City, while Jefferson Lerma’s own goal completed the rout.

Gabriel Jesus, signed from City over the summer, scored twice on his home debut for Arsenal, first with a superb lob over Leicester goalkeeper Danny Ward and then again with a back-post header from a corner.

William Saliba’s own goal and James Madison’s effort from a tight angle saw Leicester fight back — either side of Granit Xhaka’s simple finish after Ward had spilled a cross — but Gabriel Martinelli’s goal with 15 minutes remaining wrapped up an Arsenal victory.