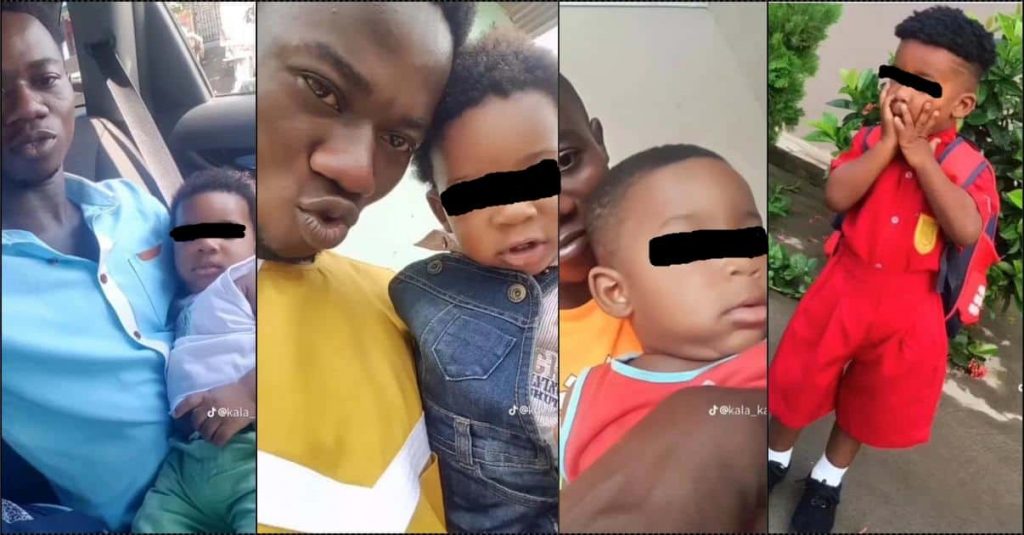 With joy on his face, a young man shows off the growth rate of a baby boy he allegedly found abandoned by his mother.

A video making rounds on social media capture the act of a good samaritan who rescued an abandoned child.

The boy who was saved at a tender age of about two months old or thereabout was fed and raised under the roof of the young man who watched him grow.

The young lad who is in his 4th year dressed in uniform for the first time in preparation to begin school.