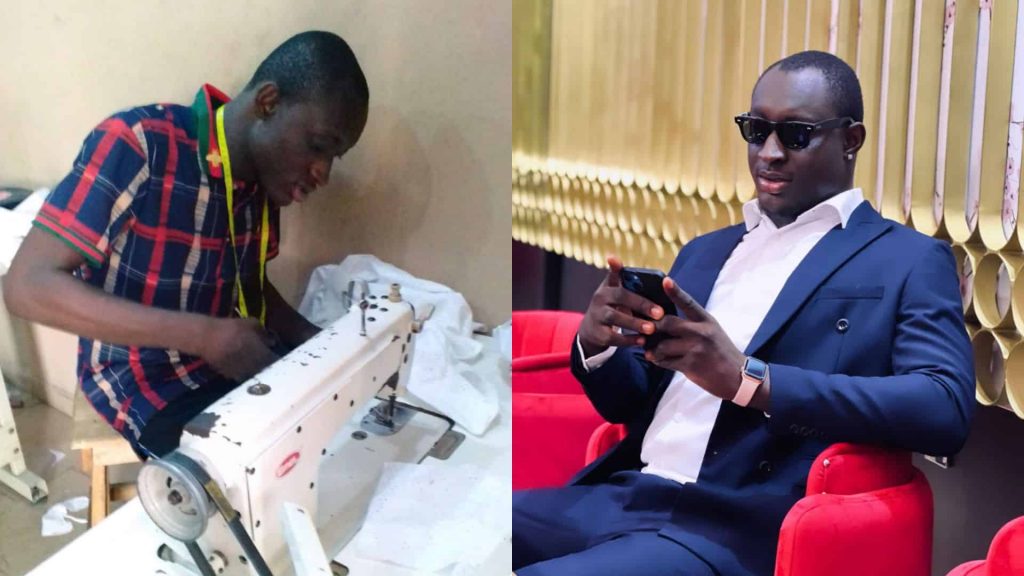 Popular comedian, Carter Efe has shared some old photos of himself working as a tailor prior to stardom.

The skit maker turned singer, who has been making the waves recently following his debut single, Machala, revealed that the song has changed his life.

Carter Efe who is known for his immense love and adoration for legendary musician, Wizkid, released the song as a tribute to the singer.

The song has already begun to break grounds for him as it recently entered Billboards Charts.

Sharing throw back photos of himself working as a tailor to show how far he has come, he wrote: “MACHALA CHANGED MY LIFE!❤️🦅”.