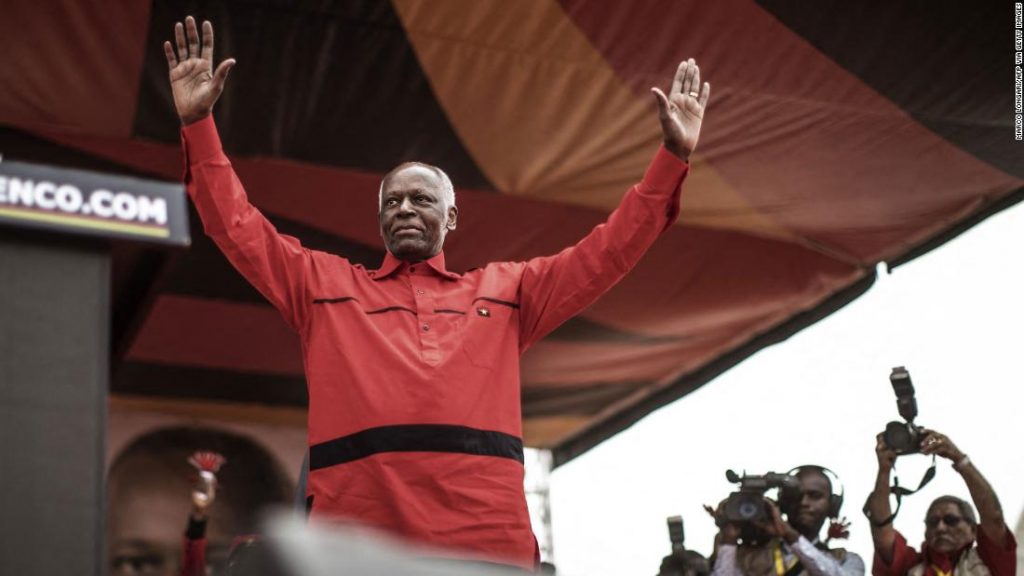 Dos Santos, who served as president between 1979 and 2017, died in the Spanish city of Barcelona on Friday morning, CNN Portugal reported, citing a government statement. The former president had been hospitalized in Spain prior to his death.

Dos Santos’ time in office was one of the longest-running presidencies in the world.

In a statement, the Angolan government said it “bows, with the greatest respect and consideration, to the figure of a statesman of great historical dimension, who governed for many years with wisdom and humanism the fate of the Angolan Nation, in very difficult moments.”

The presidency said it was sending “deep feelings of sorrow” to the family and appealed “to everyone’s serenity in this time of pain and consternation.”

A former Portuguese colony, Angola emerged from the wreckage of a 27-year civil war to become one of the continent’s major economic players.

Dos Santos of the People’s Movement for the Liberation of Angola (MPLA) party oversaw much of Angola’s post-war economic growth and rebuilding efforts.

The anti-corruption watchdog Transparency International in 2017 said that “nepotism and cronyism” under dos Santos had “stopped ordinary Angolans from benefiting from the country’s natural resource wealth, especially when oil prices were high.”

In the same year — the year dos Santos stepped down — the organization said that corruption had “for too long enriched a small ruling elite while more than two thirds of the country’s population live in poverty.”

While her first business endeavor saw her open a restaurant in Angola’s capital, Luanda, in 1997, investments in publicly traded companies in Portugal and her assets in at least one Angolan bank “pushed her net worth over the $1 billion mark,” according to Forbes. The businesswoman was identified as “one of the prime examples of grand corruption in the world” by Transparency International.

Isabel dos Santos has repeatedly denied allegations of corruption. In March, CNN Portugal reported that dos Santos had said that Angolan investigations into her business dealings were based on “false documents and information” and a “political attack” by the Angolan government.